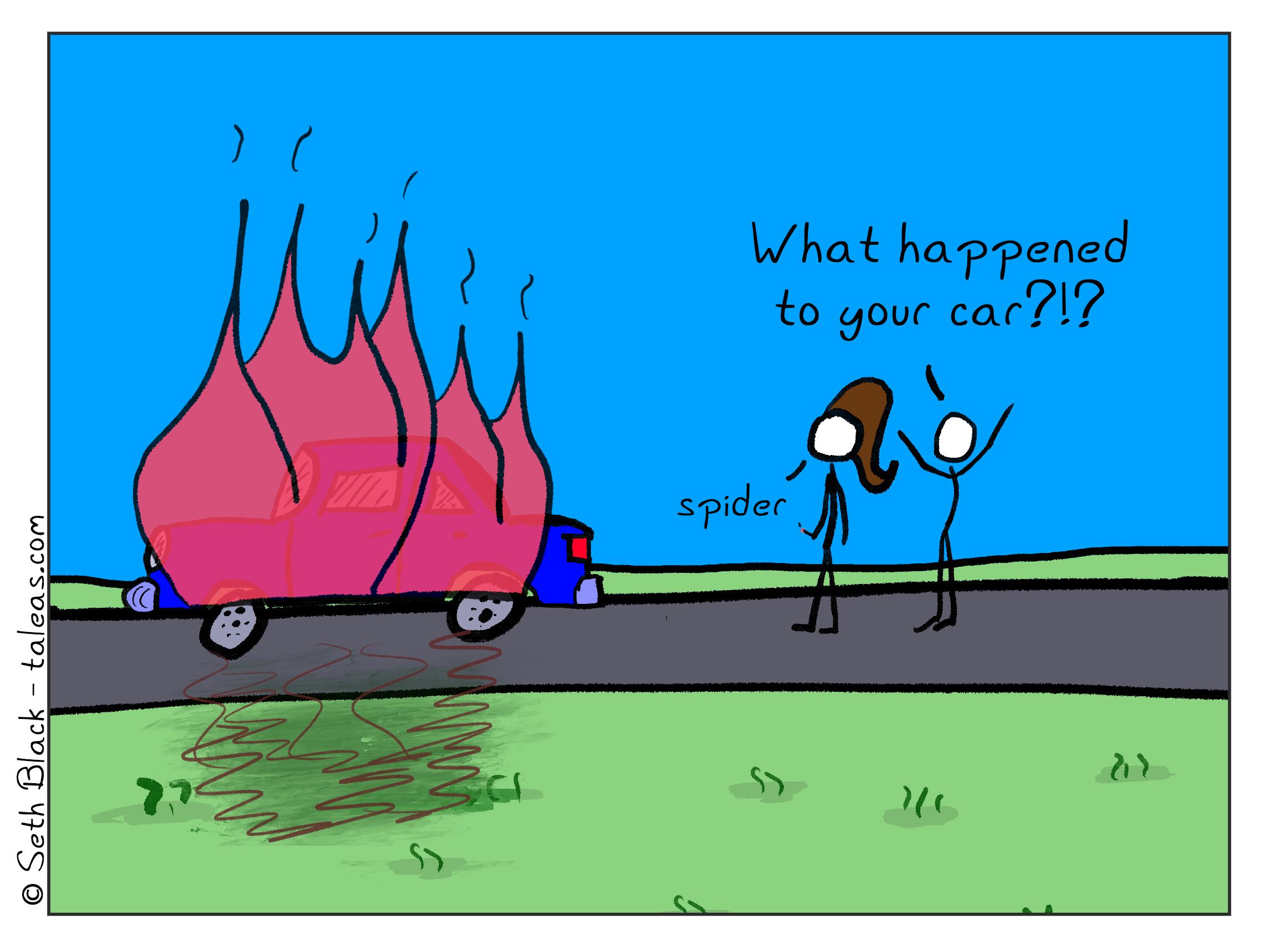 The Story Behind Spider

Quite a few members of my family, most notably both my wife and my sister, have a paralyzing fear of spiders - arachnophobia. I generally have a catch-and-release policy when it comes to critters and creepy-crawlies that come into our house. I'm frequently summoned to diffuse tense situations involving my terrified wife and a befuddled spider. Recently, I learned that one of the most common critters I interact with, known here as granddaddy long legs, isn't even a spider at all!

Opiliones, more commonly known as harvestmen, harvesters, daddy longlegs, or granddaddy longlegs (I guess it depends on how old they are?) are easily mistaken for spiders because they look and move almost exactly like spiders. For those with a fear of spiders, eight legs is definitely enough to qualify anything as a spider. Those of us who are courageous enough to more closely inspect them will find that granddaddy long legs are actually quite different from spiders. The two main characteristics that differentiate our long-legged friends from spiders are their single-part body, and one pair of eyes. Spiders, on the other hand, have a clearly noticeable two-part body and several pairs of eyes. Another common misconception is that granddaddy long legs are venomous. Not only are they lacking fangs and venom glands, both of which are very important to being venomous, but they also have mouth parts too tiny to puncture human flesh. For as many scratches, scrapes, cuts, and scars as I have it is funny to think that my skin is too tough for something to bite through.

Even though knowledge may not totally cure fear, I hope this information gives y'all an appreciation for these misunderstood, two-eyed, one-bodied, long-legged arachnids.

A burning car rests in the middle of a road while two stick figures look on. One stick figure exclaims, "What happened to your car!?!" to which the other stick figure who is holding a match replies, "spider".

other comics related to spider 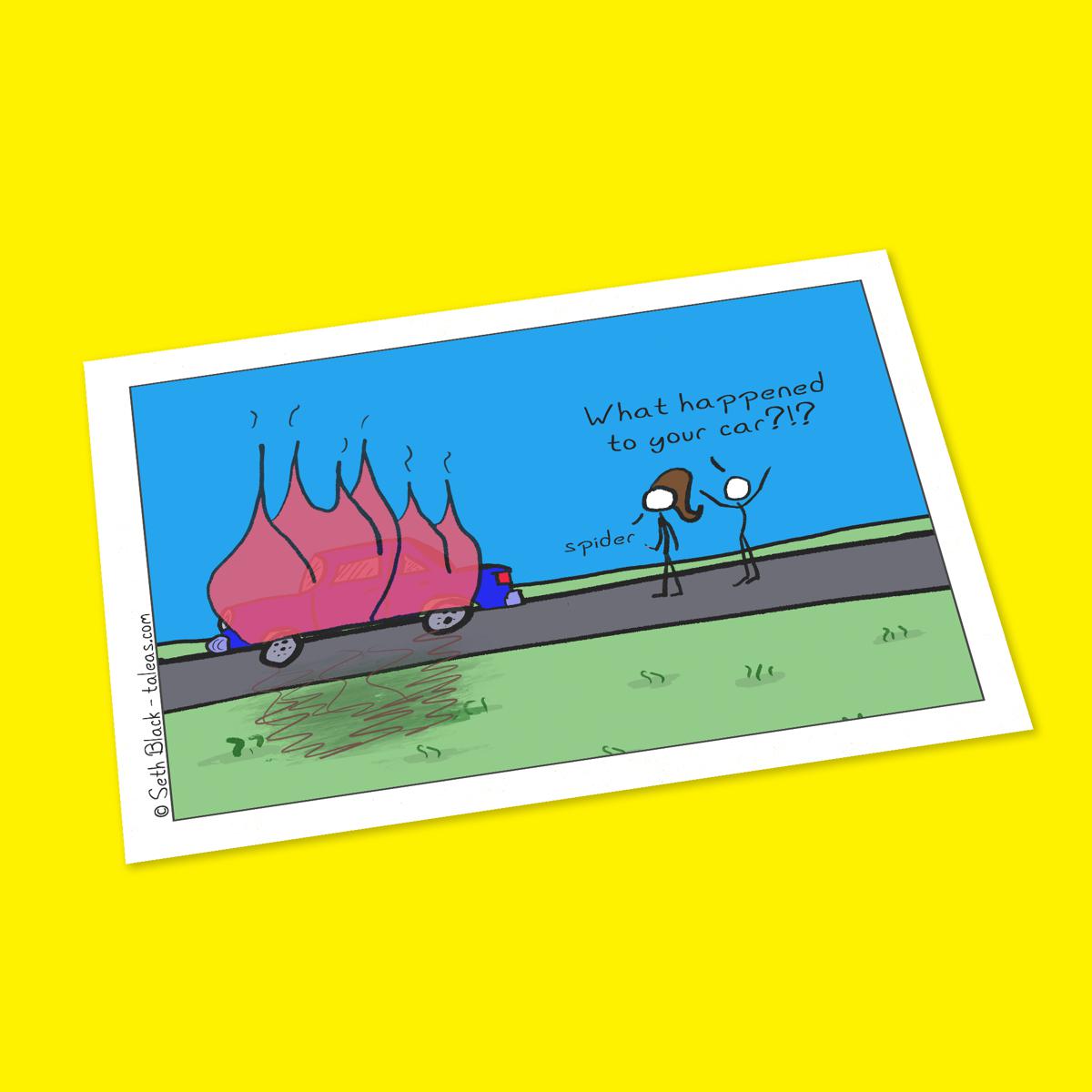