The Story Behind Ring-a-Ling

On the surface, the idea of the open-office layout sounds good: no walls, no barriers, just pure, unfiltered face-to-face interaction with your coworkers. But studies have shown that open-offices arent really as awesome as they sound, despite countless large companies going wild for them. There are several issues that damage the open-office approach: the lack of privacy, the distraction of countless people coming and going and of course the noise  my God, the noise. The phones are ringing, your peers are talking, someone is beating on their keyboard like theyre playing Whack-a-Mole. An open-office isnt so much a creative idea to spur productivity as it is a cacophony of industrial chaos. A little privacy, please! I can message you if I need you.

Stick figure sitting in a cubicle across from another empty cubicle with a ringing phone. 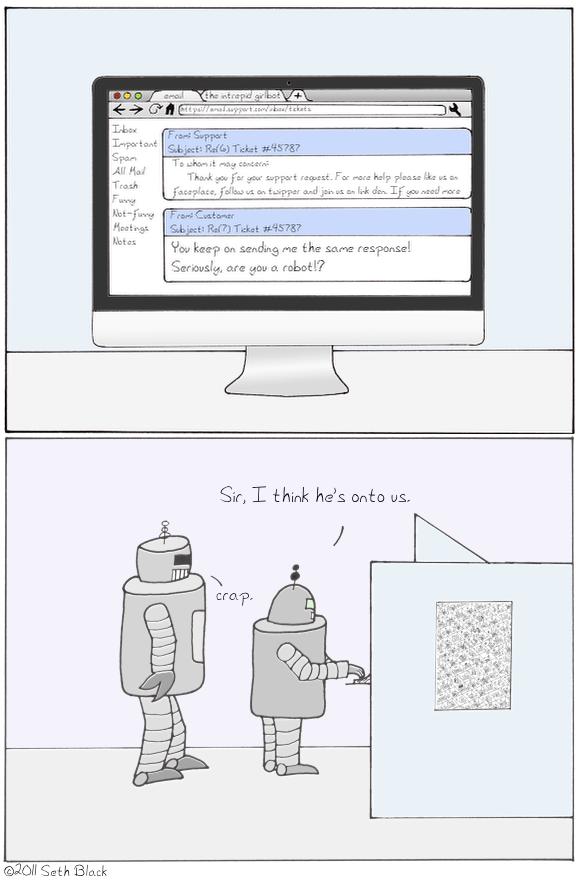 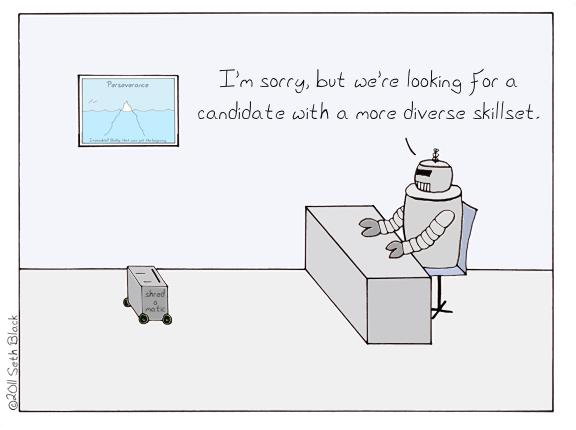 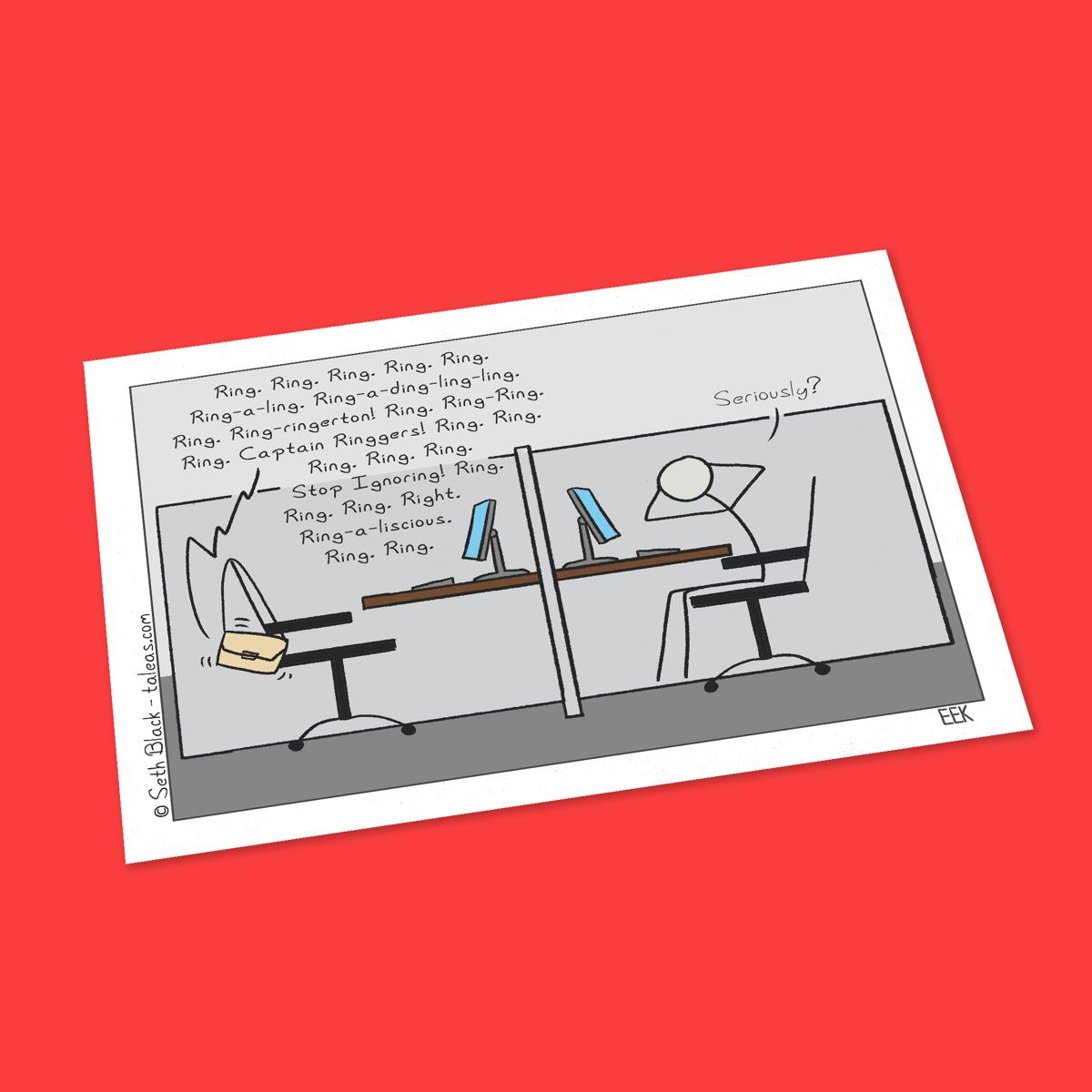