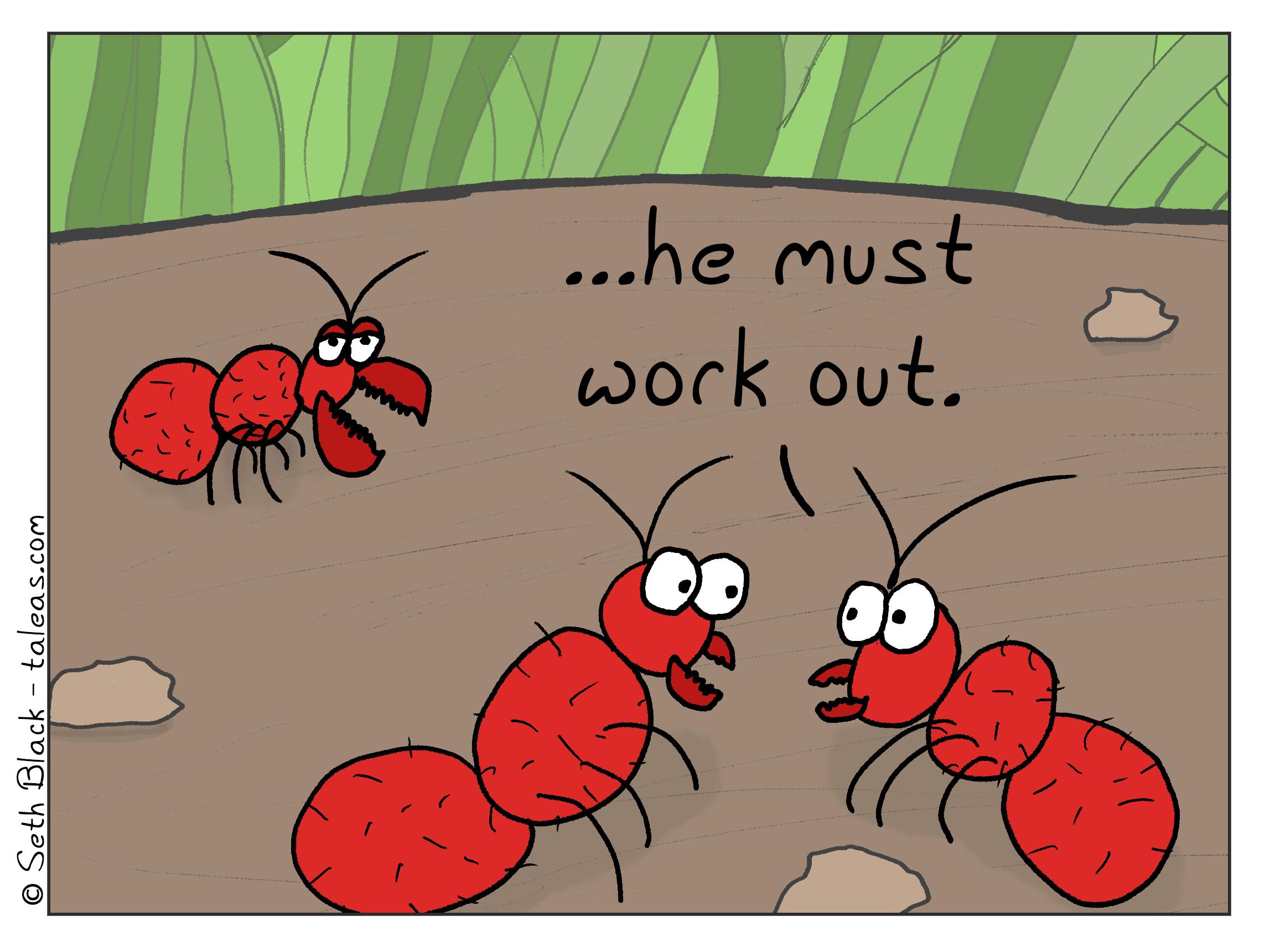 The Story Behind He Must Work Out

As most families do, we like going on walks. We are fortunate enough to live next to a very large lake and pine forest criss crossed by small creeks - politics and social issues aside - Texas is, surprisingly, a very beautiful and biodiverse state. While our journeys though the woods frequently feature sightings of butterflies, cardinals, mocking birds, deer, squirrels, and armadillo; by far the the critters we encounter the most are ants.

If you've spent much time outdoors in the Southern United Stated you've probably spotted small dirt mounts crawling with tiny dark-red specks of...well, the wicked spawn of Satan himself: the Red Imported Fire Ant. I personally have numerous scars on my ankles and feet from accidentally stepping in fire ant mounds and falling victim to their fury. As their common name implies, this particular species of ant is not native to the United States, but was imported at some point from the 1920's to the 1940s from their native South American homes in Peru, Argentina or Brazil. An extremely invasive species the Red Imported Fire Ant spreads very quickly and, by the year 2000 Texas alone was spending over $300 million per year to combat the fire ant plague. Fire ants are also known to kill poultry chicks, lizards, snakes, ground-nesting birds and have even been reported to have caused a 34% decrease in swallow nesting success.

You may think that I have something personal against the Red Imported Fire Ant, especially considering my general no-kill policy on creepy-crawly house guests. However, before you judge, I challenge you to endure the bites from an angry nest of fire ants, and the itchy, painful recovery without feeling like you were singled out. And, as a parting note, I offer my sympathies to any affected by the pest that is the Red Imported Fire Ant.

Plain Text Description of He Must Work Out

An ant with exceptionally large mandibles stands off in the distance. Two other ants, closer, are speaking with each other. One ant says to the other, "...he must work out.". 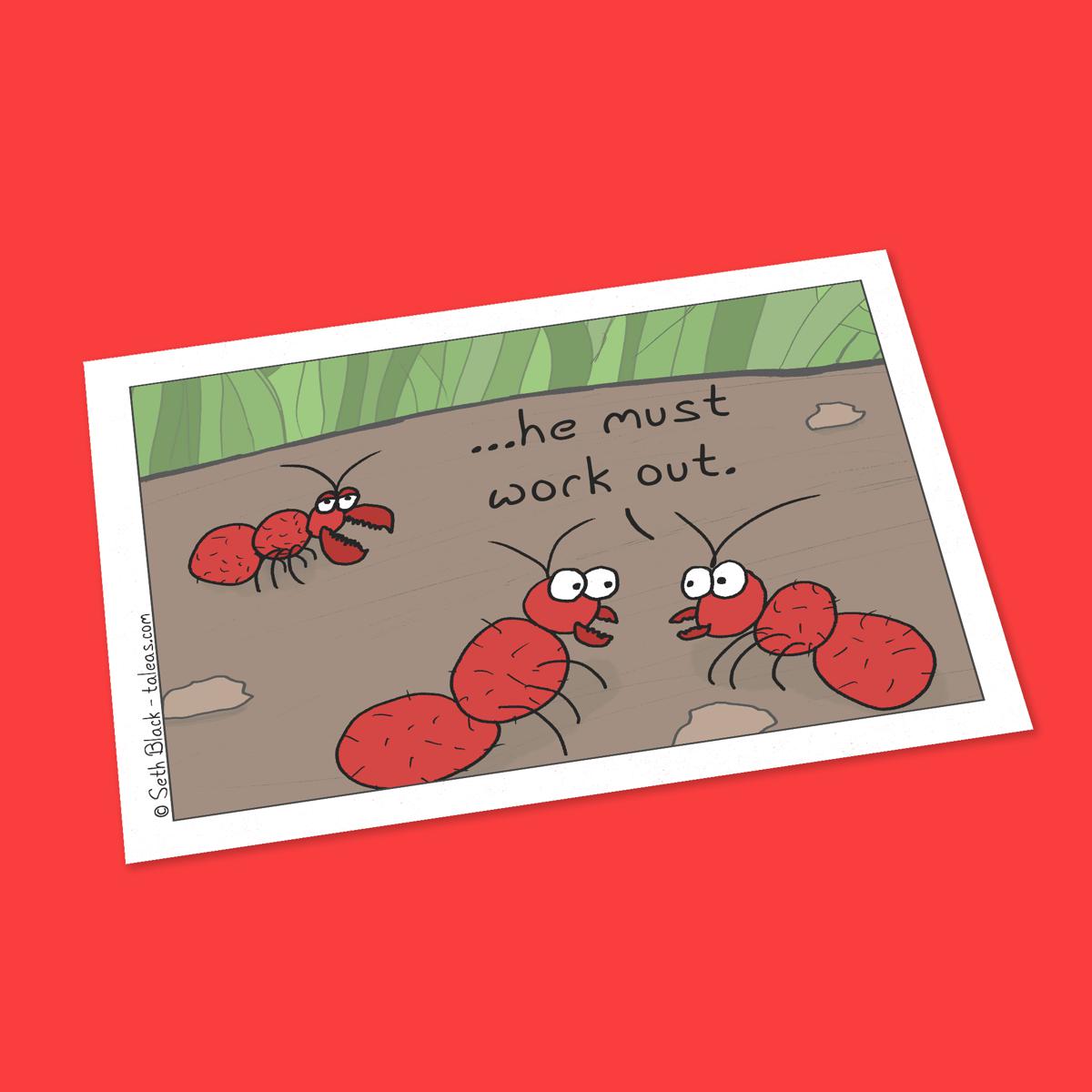