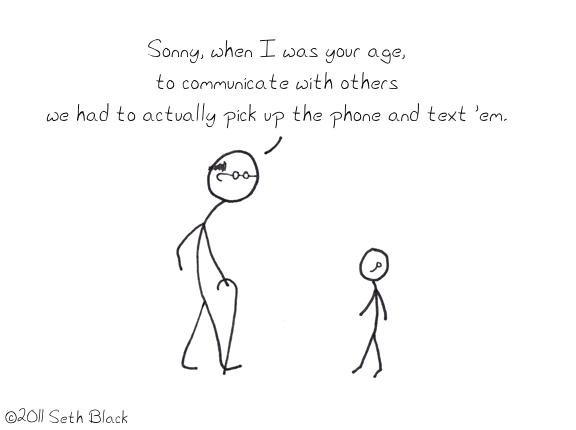 The Story Behind Text at Your Age

SMS messaging was first used back in 1992, when Neil Papwroth used a PC to send a text message (Merry Christmas) to his co-worker miles away. If only Neil knew then just how popular texting would later become.

But it wasnt a hit from the start. There was a time when texting wasnt the go-to form of communicating. Back in 1995, telecommunication customers only sent 0.4 text messages a month. You have to remember that texts used to cost a lot and were slow and different, people didnt really get it. Phones were for talking on, many people said! Why would you be typing on a phone, you should be speaking into it. Oh, how times have changed. Now more people text than talk, and it isnt even close. US smartphone users send and receive five times more text messages than they make and receive calls. Americans spend 26 minutes a day texting, compared to 21 minutes a day calling. So texting is the preferred way to communicate with others and it isnt going away anytime soon. Its wild to think of all those years ago when texting was seen as a hassle. Now anytime someone calls you, you say to yourself Couldnt you have just texted this to me instead?

Plain Text Description of Text at Your Age

An elderly stick figure explains to a child with a bluetooth headset on, "Sonny, when I was your age, to communicate with others we had to pick up the phone and actually text 'em!".

other comics related to text at your age 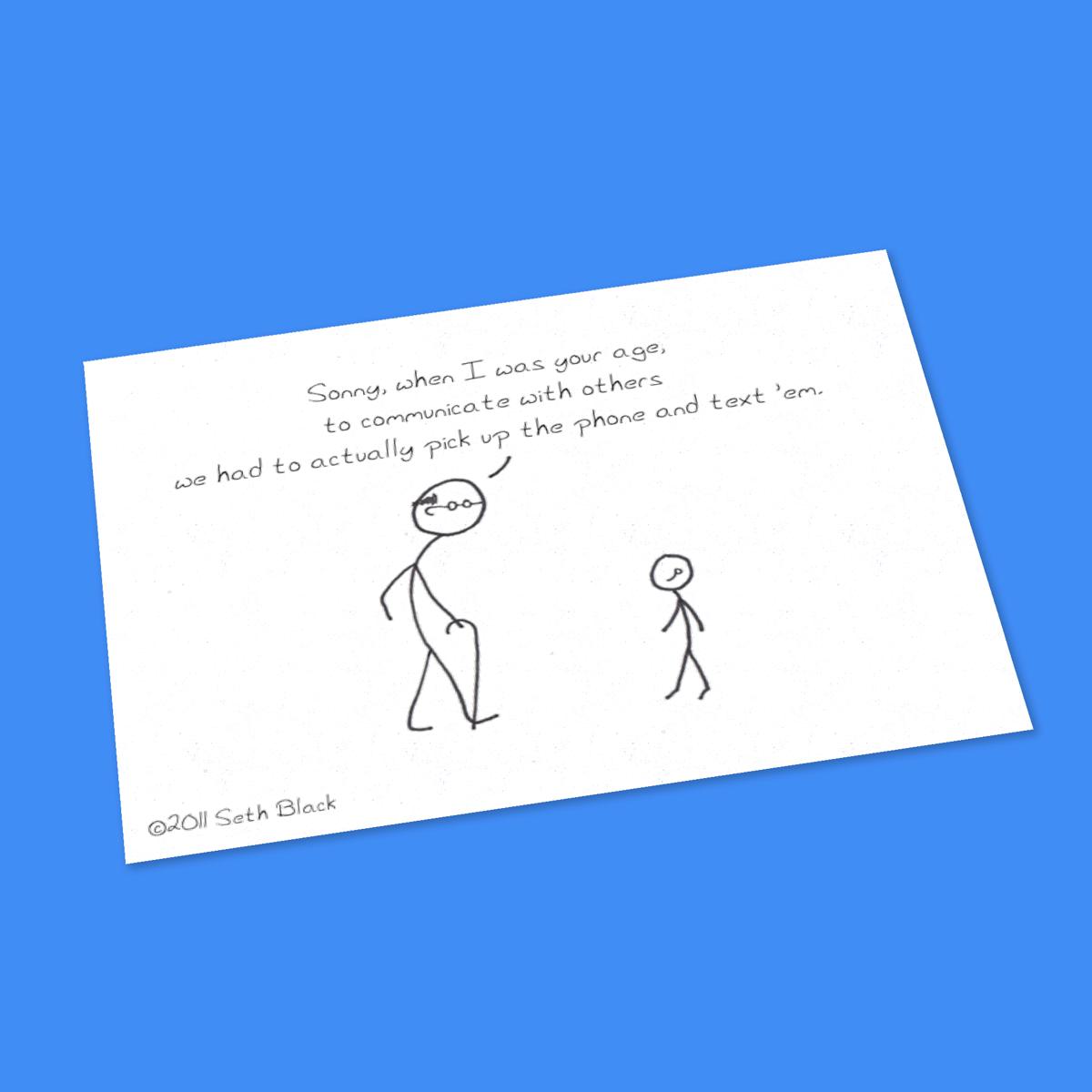