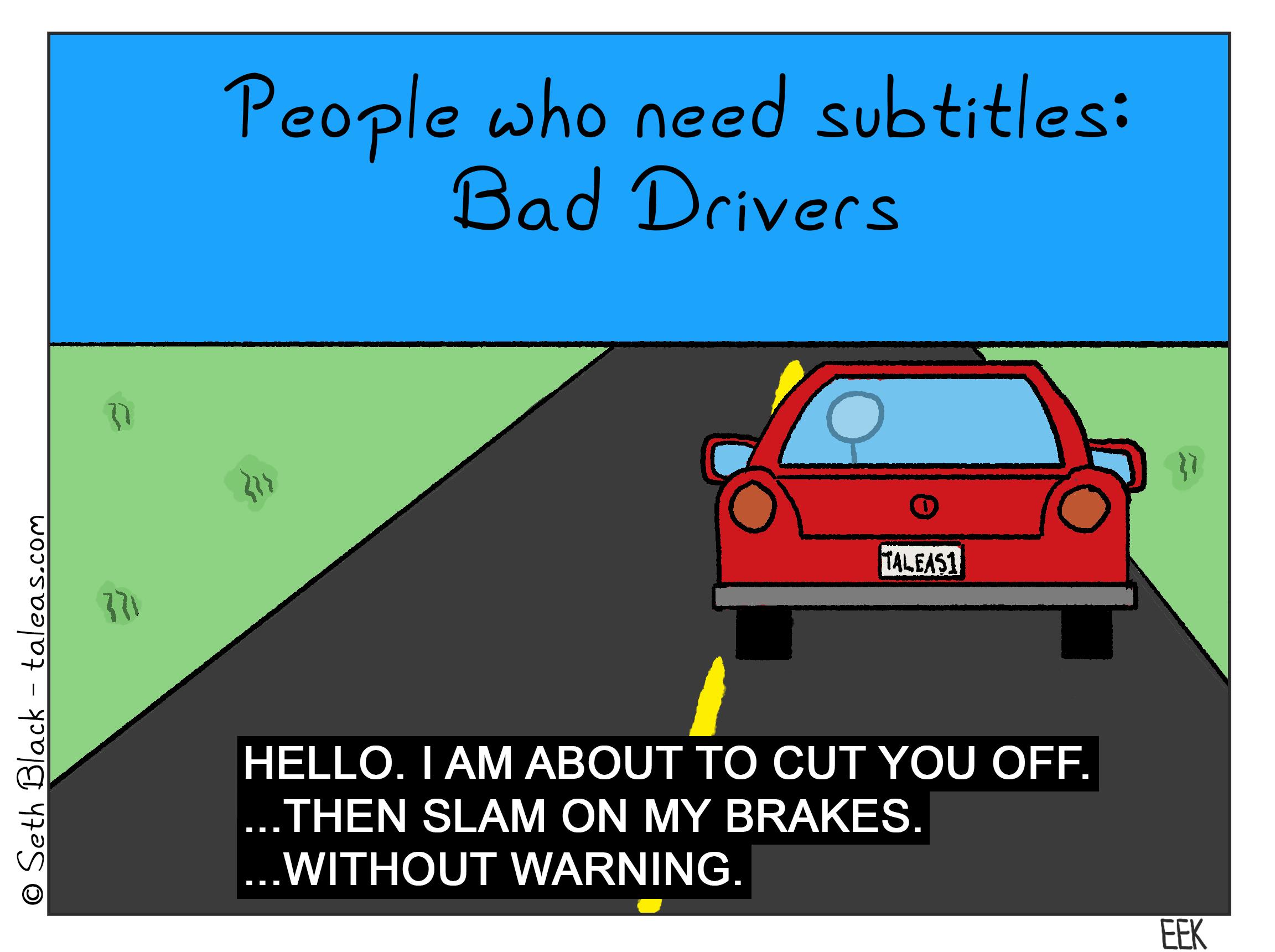 The Story Behind Subtitles Bad Drivers

Driving is really crazy when you think about it. You are literally given the power to handle and control a giant piece of machinery that could injure, destroy and kill. Make no mistake, cars are obviously very useful - and have helped shape the modern world - but they are also very, very dangerous. But we allow one another to drive and we just hope that everyone is as careful as we are. I would say that evidence proves that people most definitely are not. Its not that everyone is out-and-out life threatening in all their movies, just that theyre so careless. Changing lanes without indication, hitting the brakes as if theyre the only soul on the road, doing their make-up or hair or brushing their teeth with one hand on the wheel  people just dont seem to care sometimes. And it has always been that way. Studies and history shows that people have always been bad at driving. We even crash horse-led carriages!

I wish people were safer but if they wont be, I wish there was at least some way for me to know just exactly what they are thinking...like a big electronic sign on the back window screaming Hey, Im eating a burrito and texting!.

People who need subtitles: Bad Drivers. A car. Translation: "Hello, I am about to cut you off...then slam on my breaks...without warning." 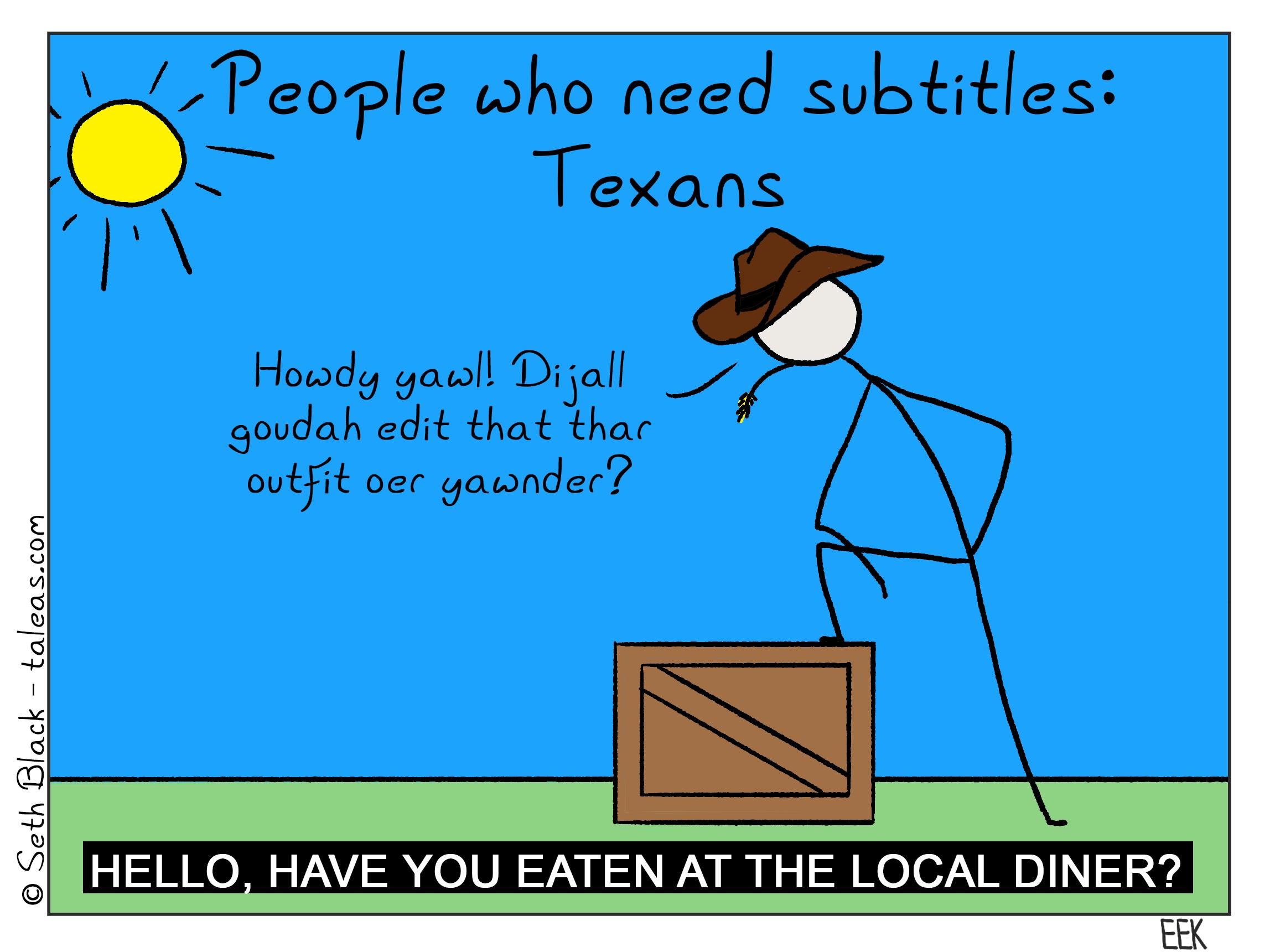 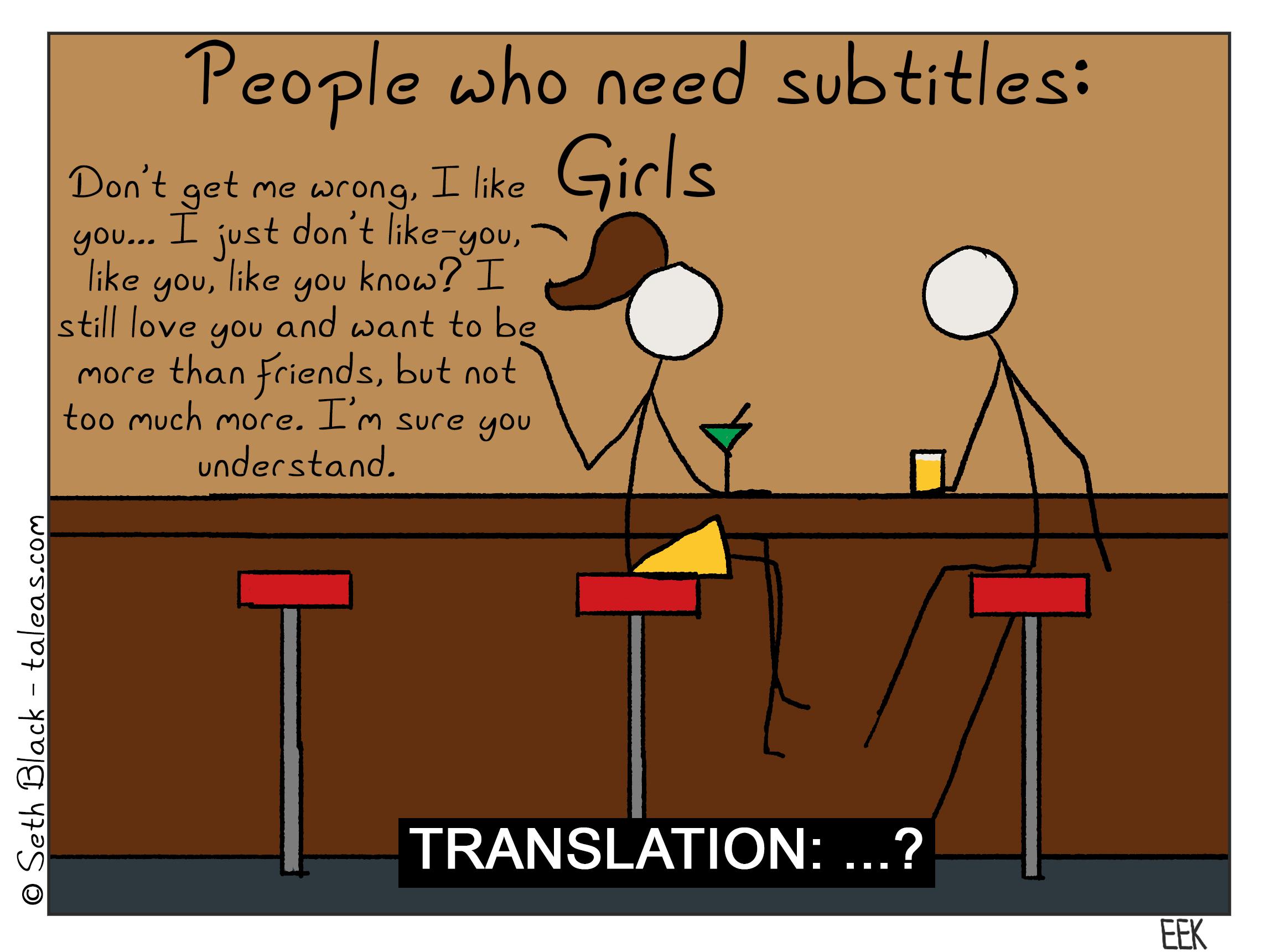 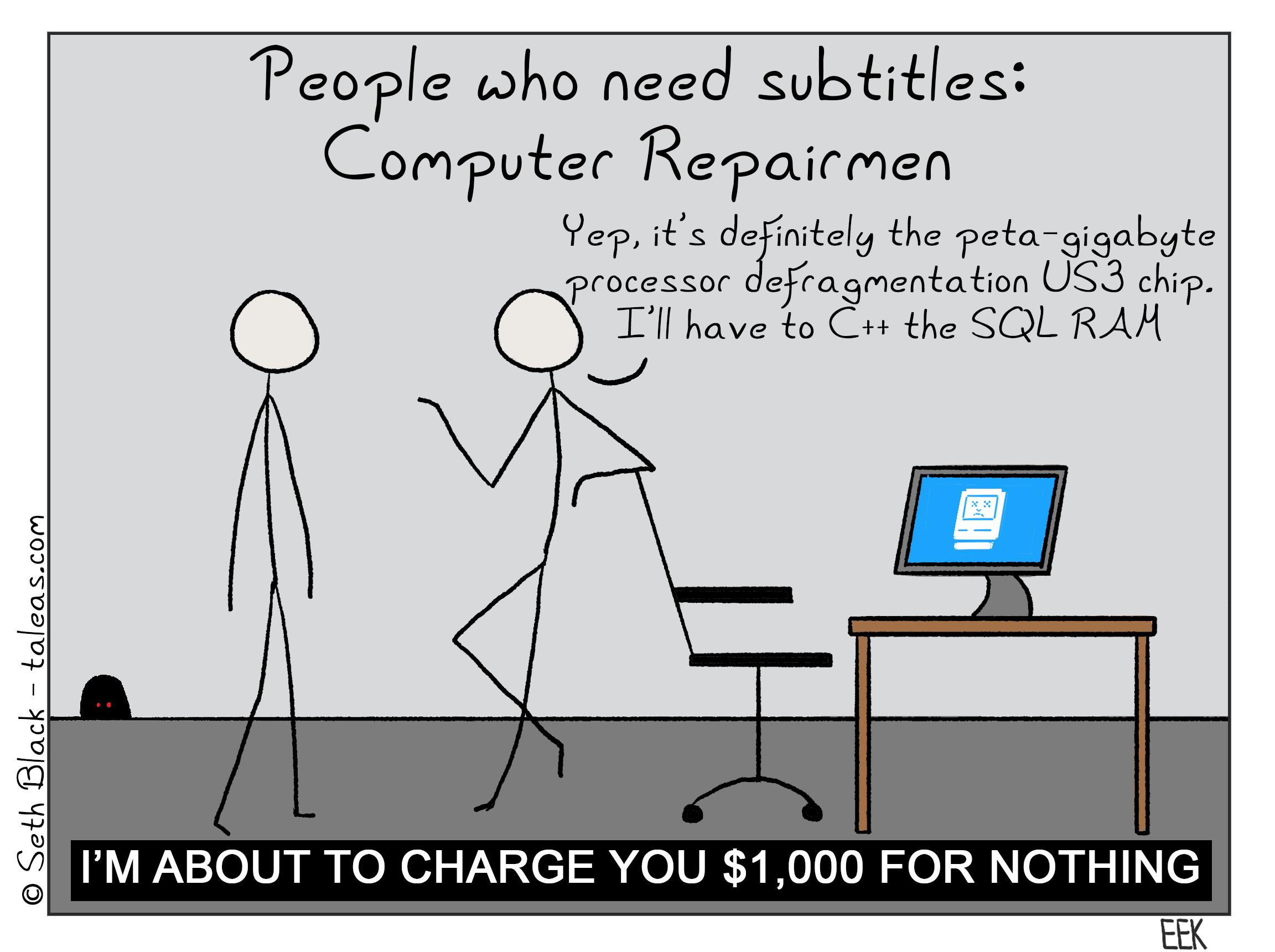 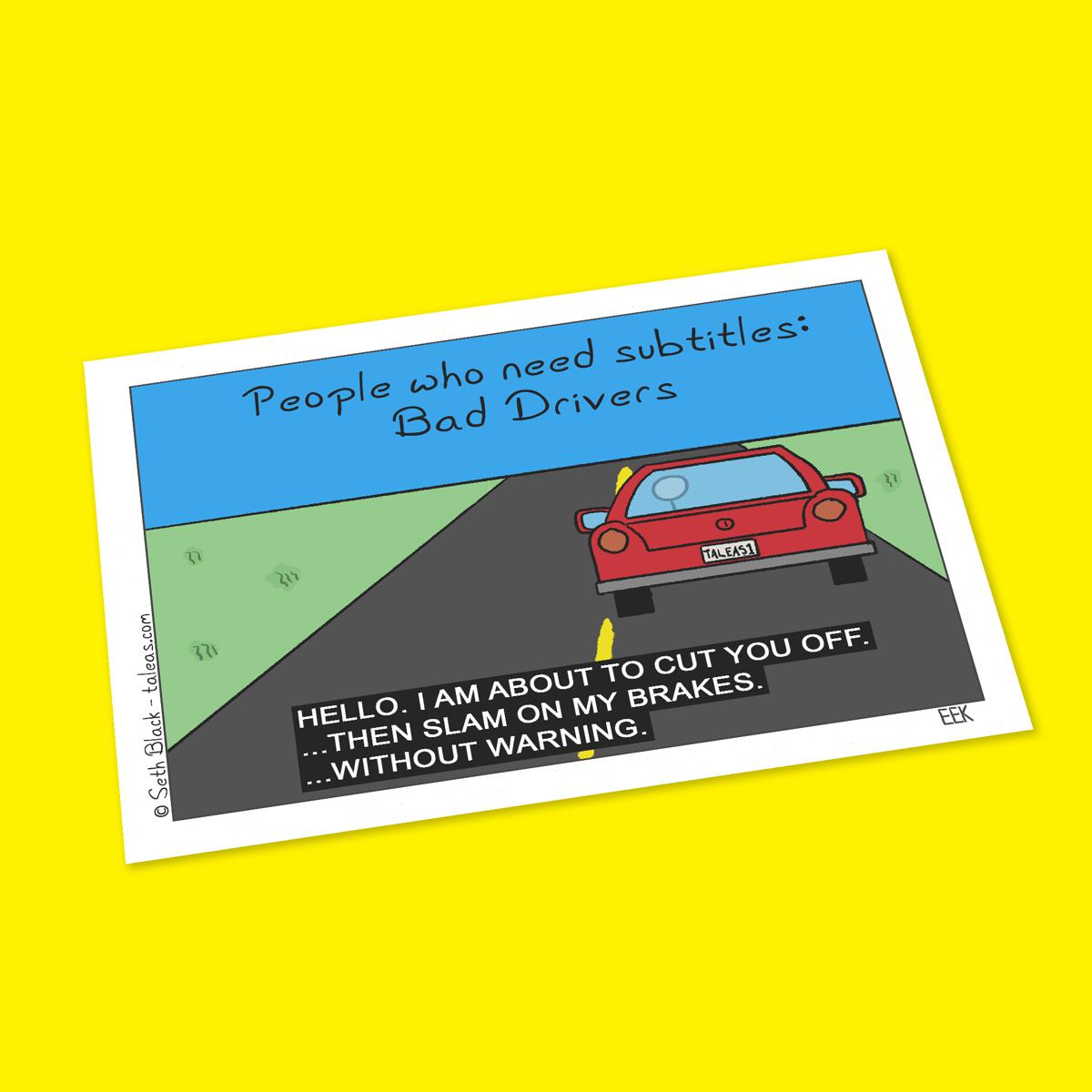