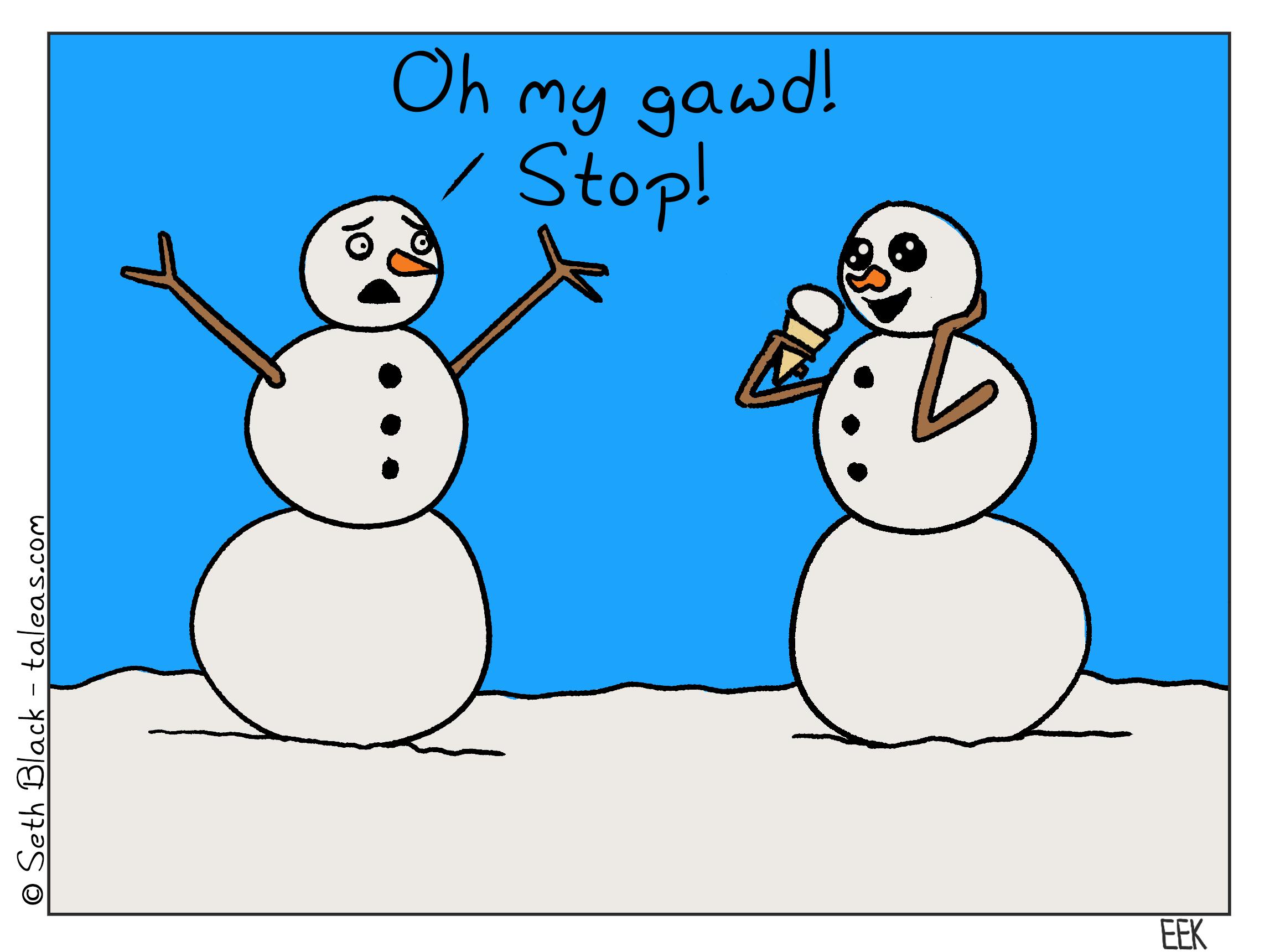 The Story Behind Snow Cone

If you’re one of those lucky enough to live through an intense winter, you’re quite familiar with the joys of building a snowman.

Much like the song Frosty the Snowman, there really is something magical about crafting your very own spherical, bulky companion out of snow. Rolling up his base, his midsection, his head - it’s tough work but instantly rewarding. Then you get to throw on a top hat or baseball cap and find something to create his eyes and nose. Oh, and don’t forget the scarf! Before you know it, your wonderful creation is gracing the front lawn for all to see. What a joyful sight!

I will admit that the idea of creating a snowman is only a little haunting. Perhaps it’s because it bears a striking resemblance to Mary Shelley’s Frankenstein. The idea of creating life is a common theme seen in a lot of fiction. There is something creepy, unsettling and all-too-familiar about it. What makes people so drawn to the idea of making living creatures in their own images? Is it the God-like power? The inkling to craft something that looks like you? Is it the appeal of bringing an innocent creation into the world and looking after it like a doting parent? I am not sure why we see this idea pop up again and again but it rarely ends well. I don’t have to remind you that Frankenstein has a rather rough conclusion for the monster.

Am I saying that kids making snowmen is akin to an unholy act of horrific science gone wrong? No, no I am not. But you have to admit that the next time you see a group of young children cobbling a snowman together, you’ll wonder if any of them will grow up to be a mad scientist.

A snowman looks excitedly about to take a bite out of a snow cone, to which another exclaims, "Oh my gawd! Stop!"

Do you know a person with a different sense of humor who'd like this comic?
Please share it with them. 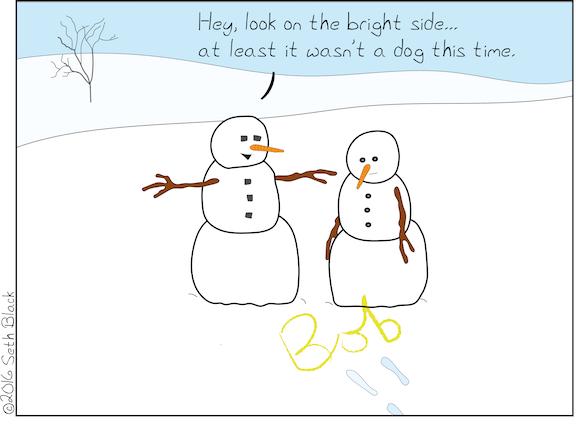 Snowmen and the Yellow Snow 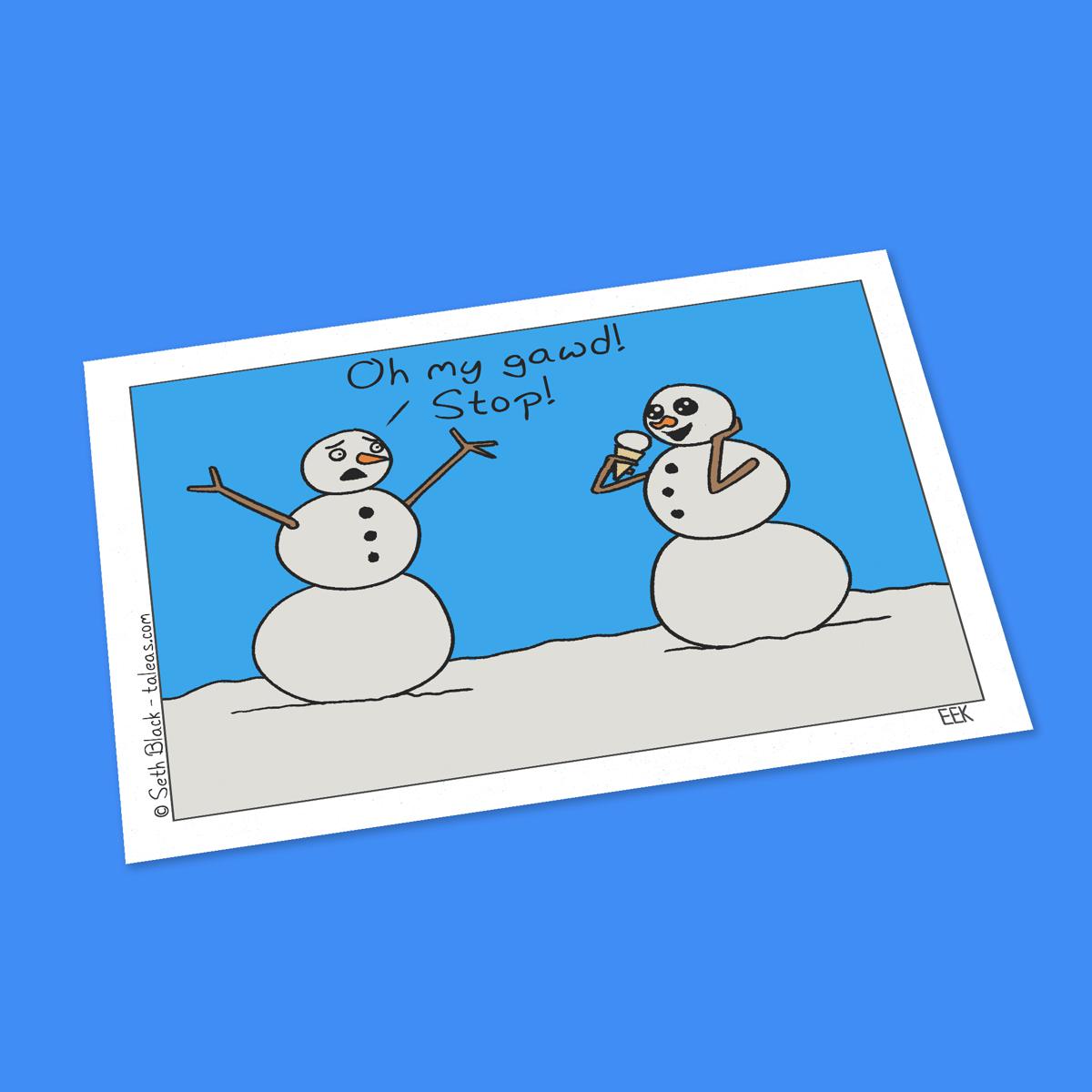 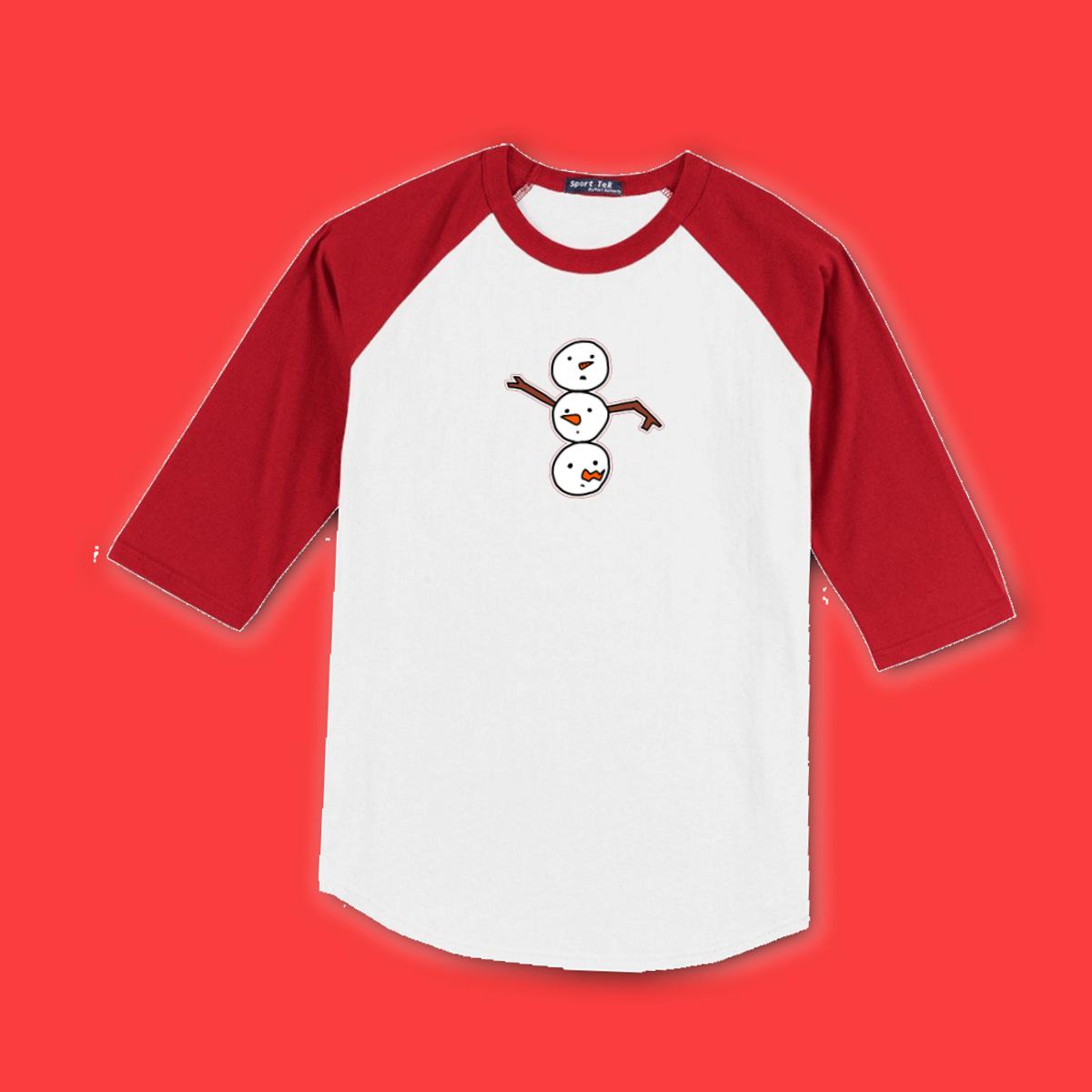 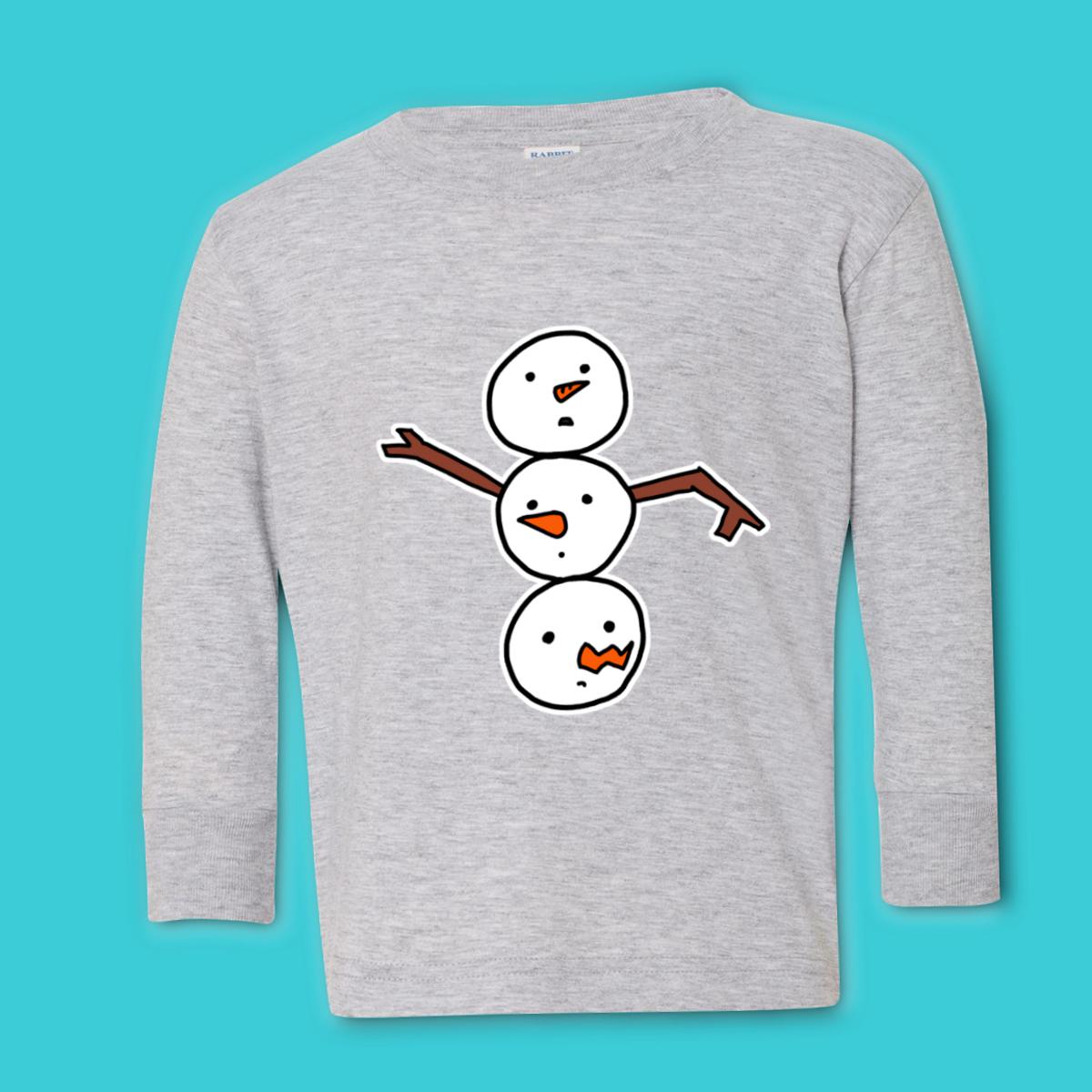 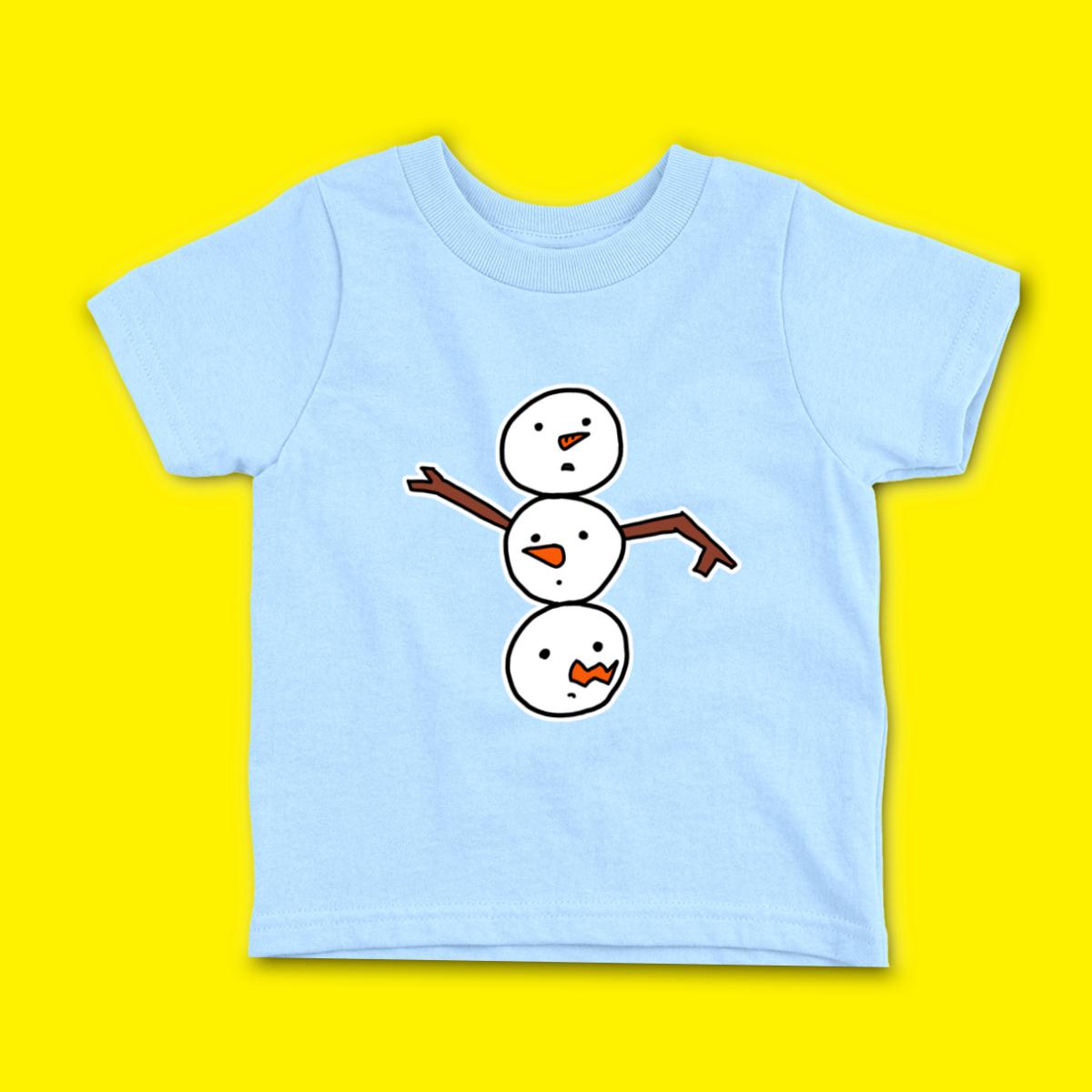 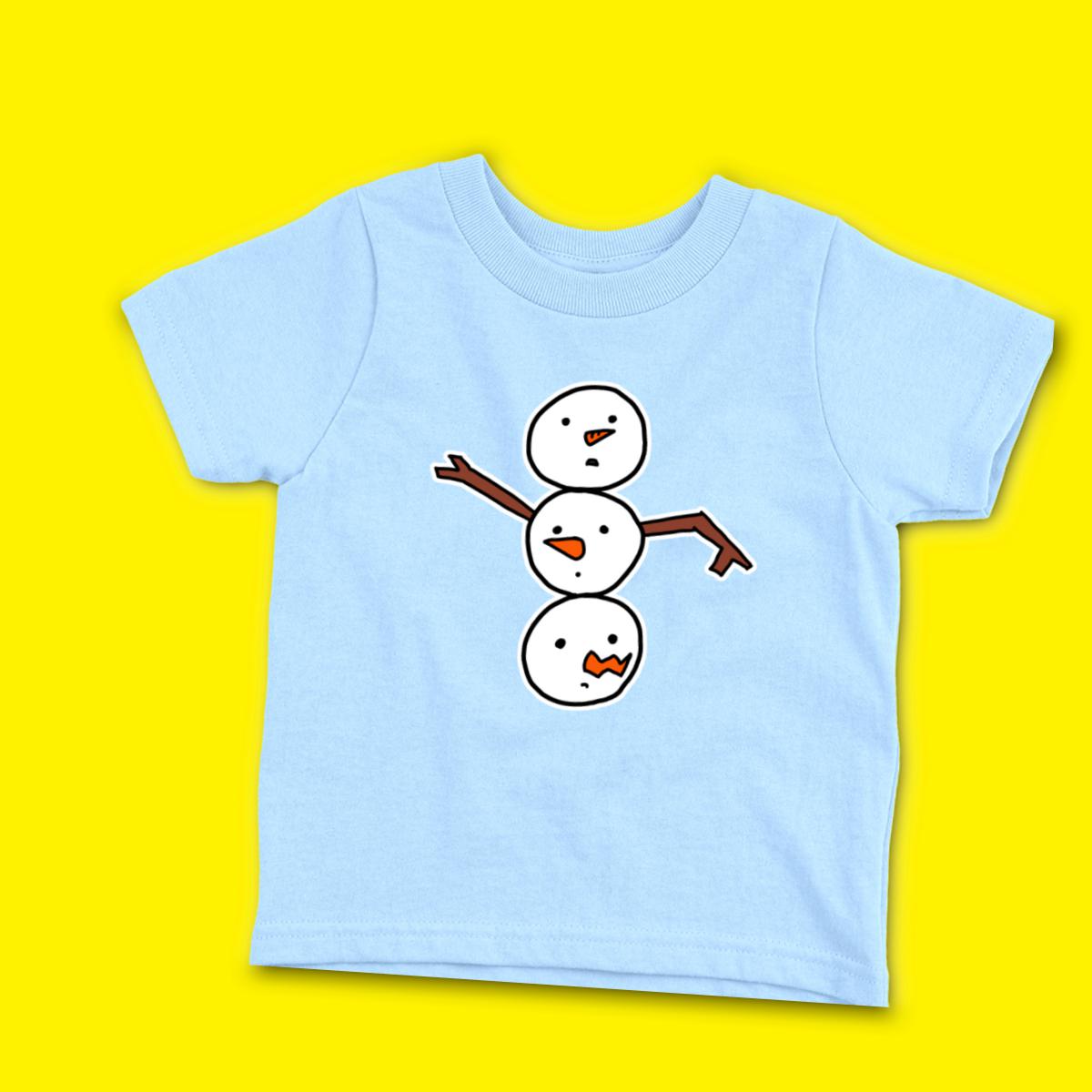