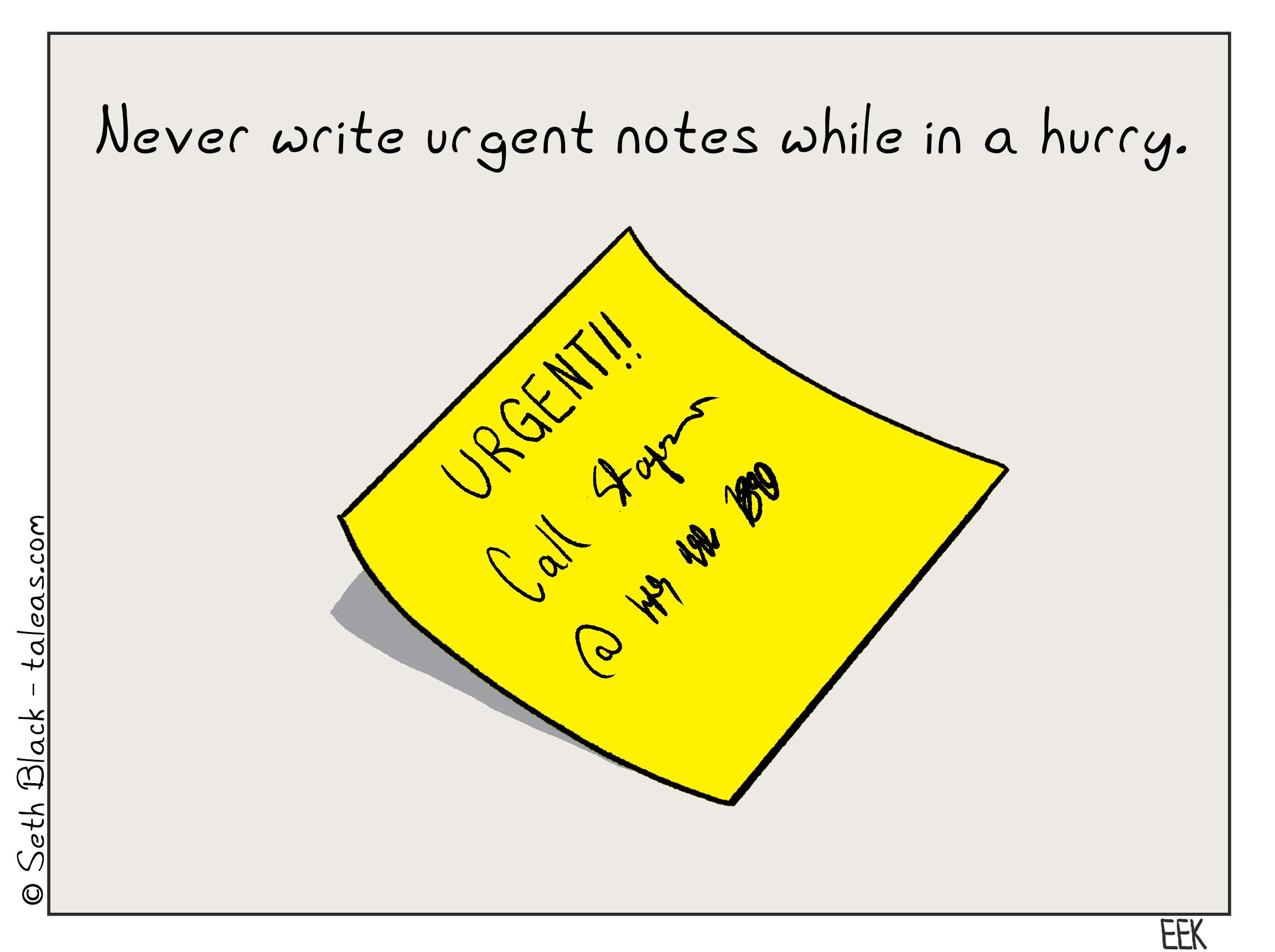 The Story Behind Bad Handwriting

Handwriting is a lost art form these days. As a child, I was told that penmanship was an essential part of being an adult. Not only that, I was also told I need to become an expert at cursive or, as I liked to call it, fancy scribbles.

In reality, these things werent important after school. With the rise of keyboards and smartphones, the need to write by hand became obsolete. In fact, a lot of people have almost entirely lost the ability to write legibly. We can text quickly but we are a total loss when it comes to pen and paper like we used in elementary school. Sadly, there is no reason to believe that will change. Our society isnt going backwards, we arent going to suddenly stop using touchscreens and smartphones and go back to writing things by hand. So there is a chance  and not a small one  that the art of handwriting is as dead as disco. Now no one will ever get to see my hard-earned and probably lost cursive skills.

A sticky note with "URGENT!!! Call..." then unreadable scribbles. "Never write urgent notes while in a hurry." 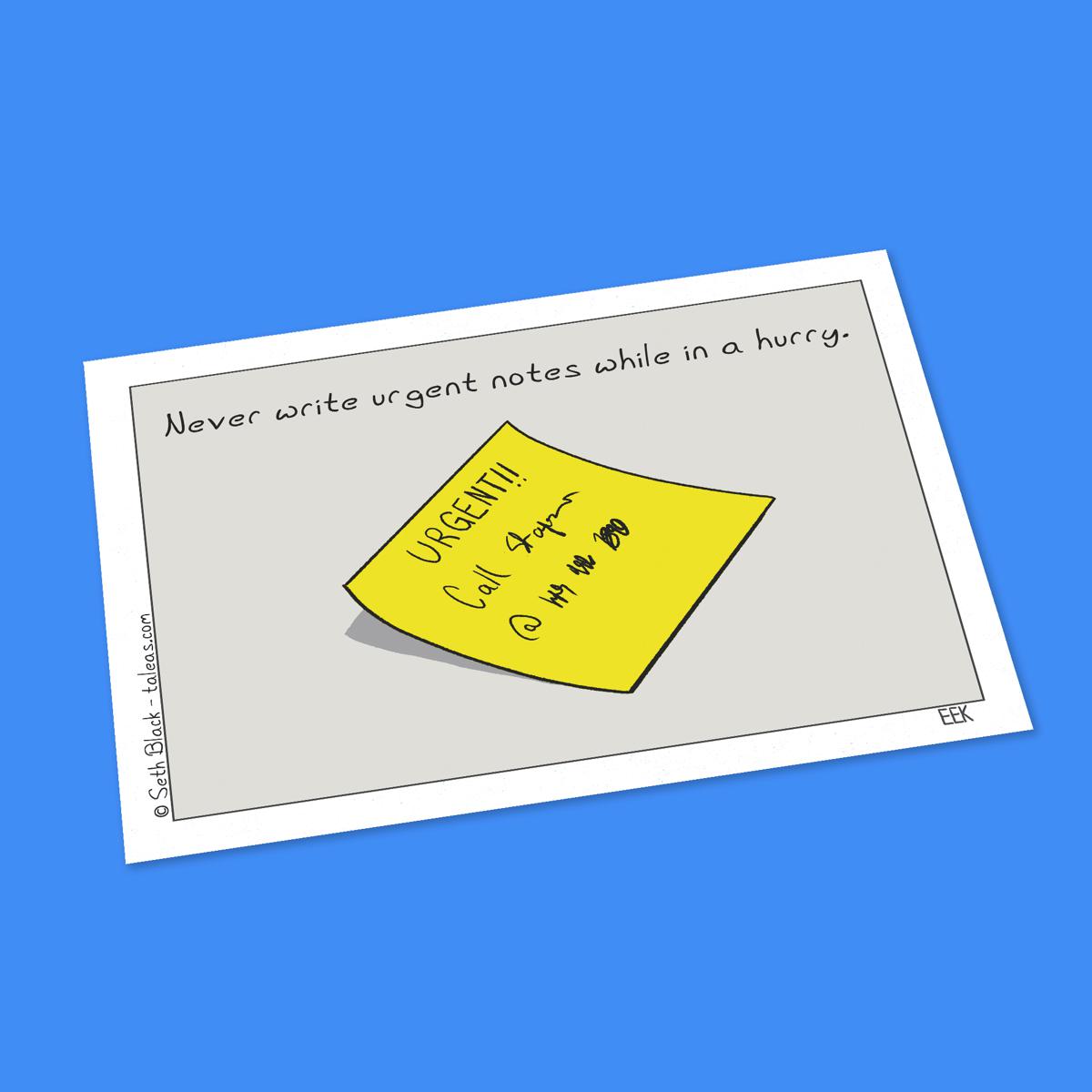