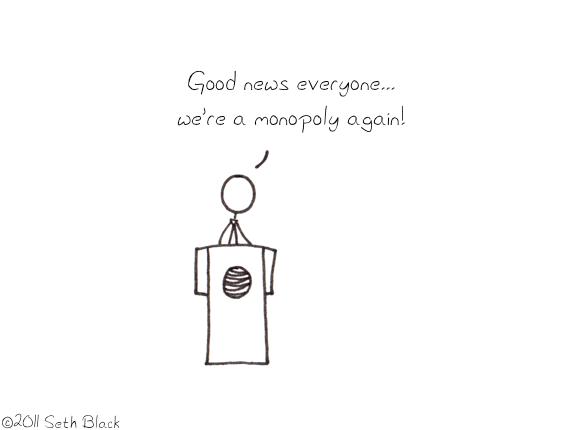 The Story Behind Monopoly

In 1984 AT&T was broken up into seven smaller companies by the U.S. Department of Justice. By 2005 five had reassembled back into AT&T through several mergers and acquisitions.

There was a time when AT&T owned nearly every company that provided telephone service in the United States. Though smaller telecommunication providers controlled local service (remember local versus long distance? Ah, simpler times) in different regions of the US, AT&T owned all of those companies. There was pretty much no way you could use a phone in America without putting money in AT&Ts pocket. That all changed in 1984, when the government and AT&T agreed the monopoly would end and AT&T would break apart and all those smaller telephone providers would go off on their own. Brilliant, right? Well, I dont want to get your hopes up. By 2005, five of those smaller telecommunication businesses had once again been purchased by AT&T. It took AT&T less than thirty years to once again gobble up these businesses like Pac-Man gobbles up ghosts.

I think some people forget that corporations have one goal: profit. They dont care about antitrust laws or ethics or anything that gets in the way of their bottom line. Large corporations are like the T-1000 from Terminator 2: no matter what happens, they will do what it takes to form themselves back together, stronger and more sinister than ever.

A stick figure standing on a podium proclaiming, "Good news everyone, we're a monopoly again." 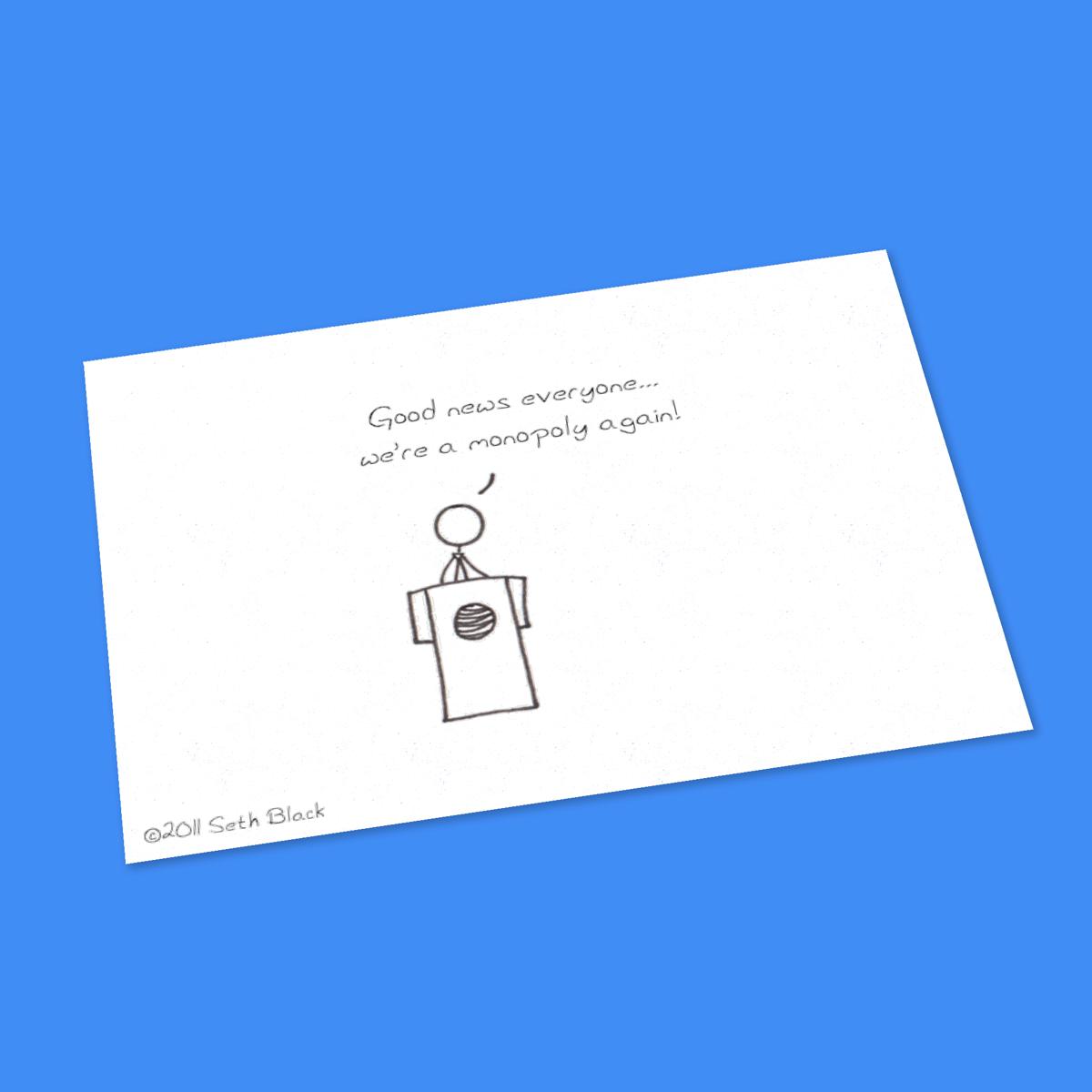