The Story Behind Digital Security

The thieves of today are not like the thieves of yesteryear. They aren’t using ski masks and drills to break into bank vaults. Instead, they are using their computer skills to hack into databases and servers across the world. In an age where digital information is key, he who has access to it is king.

It’s scary that so much private data — your address, your bank accounts, your social security number — could be victim of cyber theft. It’s even scarier that so little can be done about it. I know that there are preventive measures being taken and some plots being foiled before they happen but it feels that far too often, we only hear about these giant cyber schemes after they have already occurred. That proves that these modern day robbers are always one step ahead of the companies they’re stealing from. That’s bad news for the businesses but it’s even worse news for us.

Digital Security in the 21st Century: a folding table with a pile of cash is guarded only by a folded piece of paper with "do not steal!" scribbled across it.

Do you know someone with a quirky sense of humor who'd like this comic?
Please share it with them. 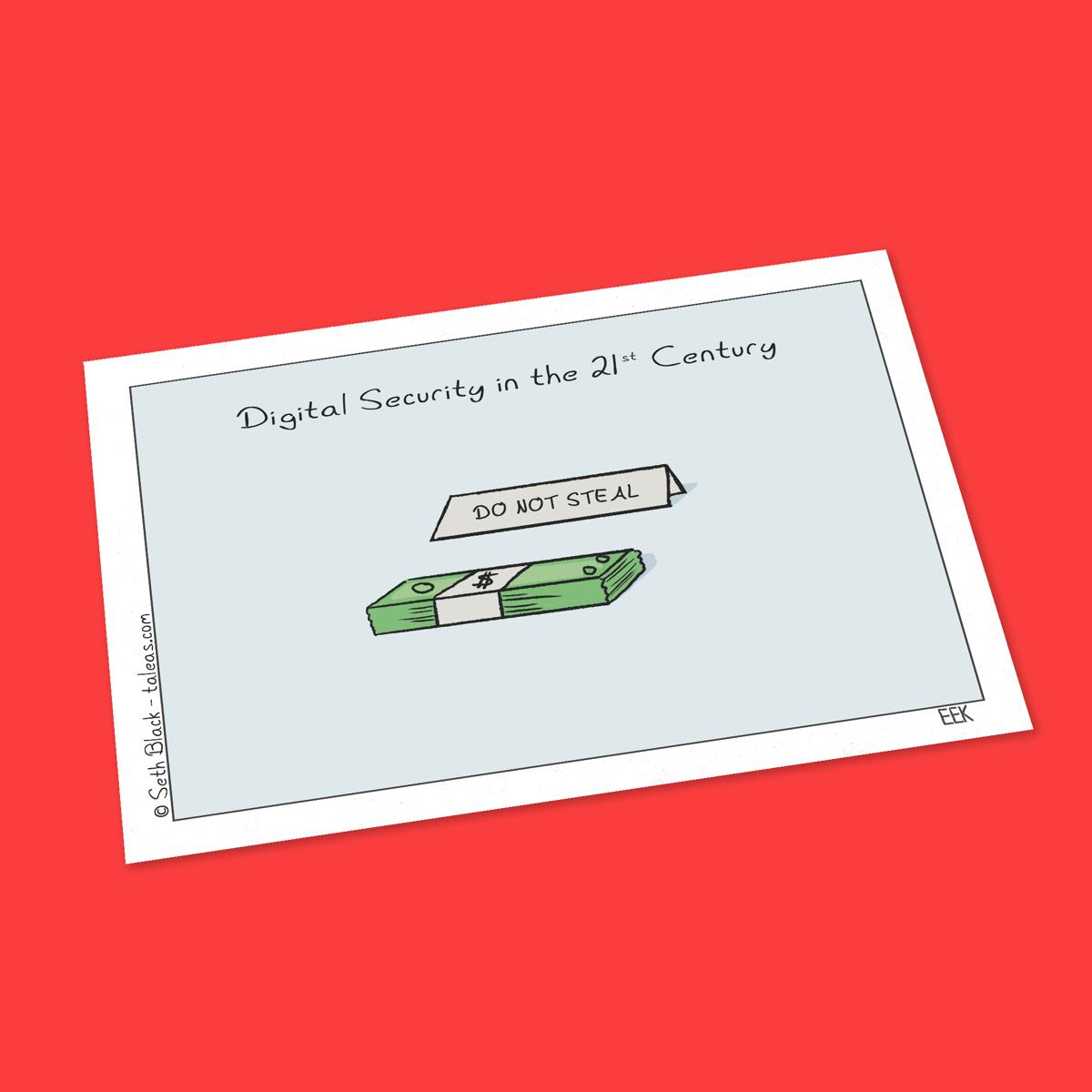