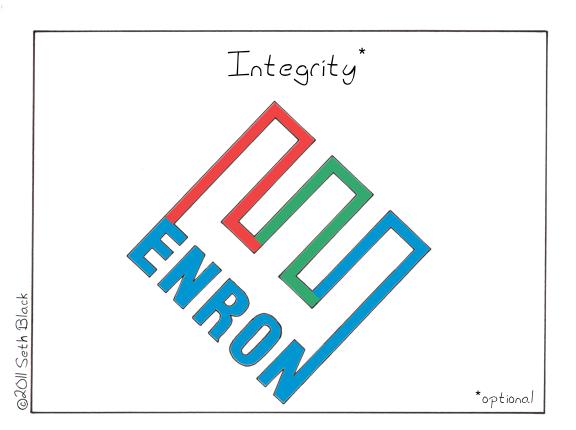 The Story Behind Integrity Demotivational Poster

It started as a natural gas company and was later dubbed Americas most innovative company but Enron ended up being a major disaster, a scandal unlike any other and a warning about greed and dishonesty gone wild.

Enron began as an energy company located in Houston, Texas. Finding success early on, the business sprawled into an energy trading venture, making money off of selling and buying energy like currency. The corporations profits ballooned and Enron was soon worth billions. Things were going great for Enron. Well, on paper. 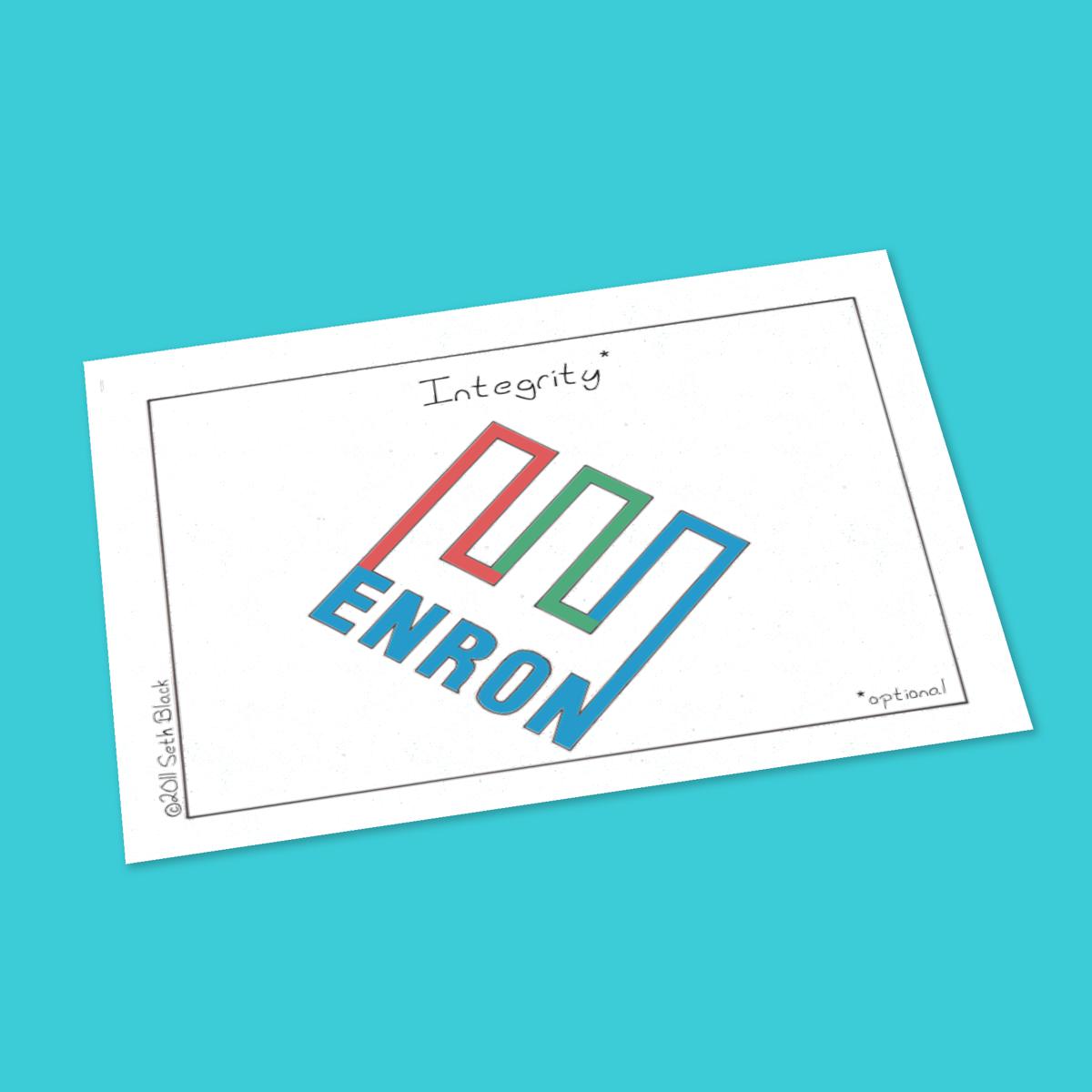