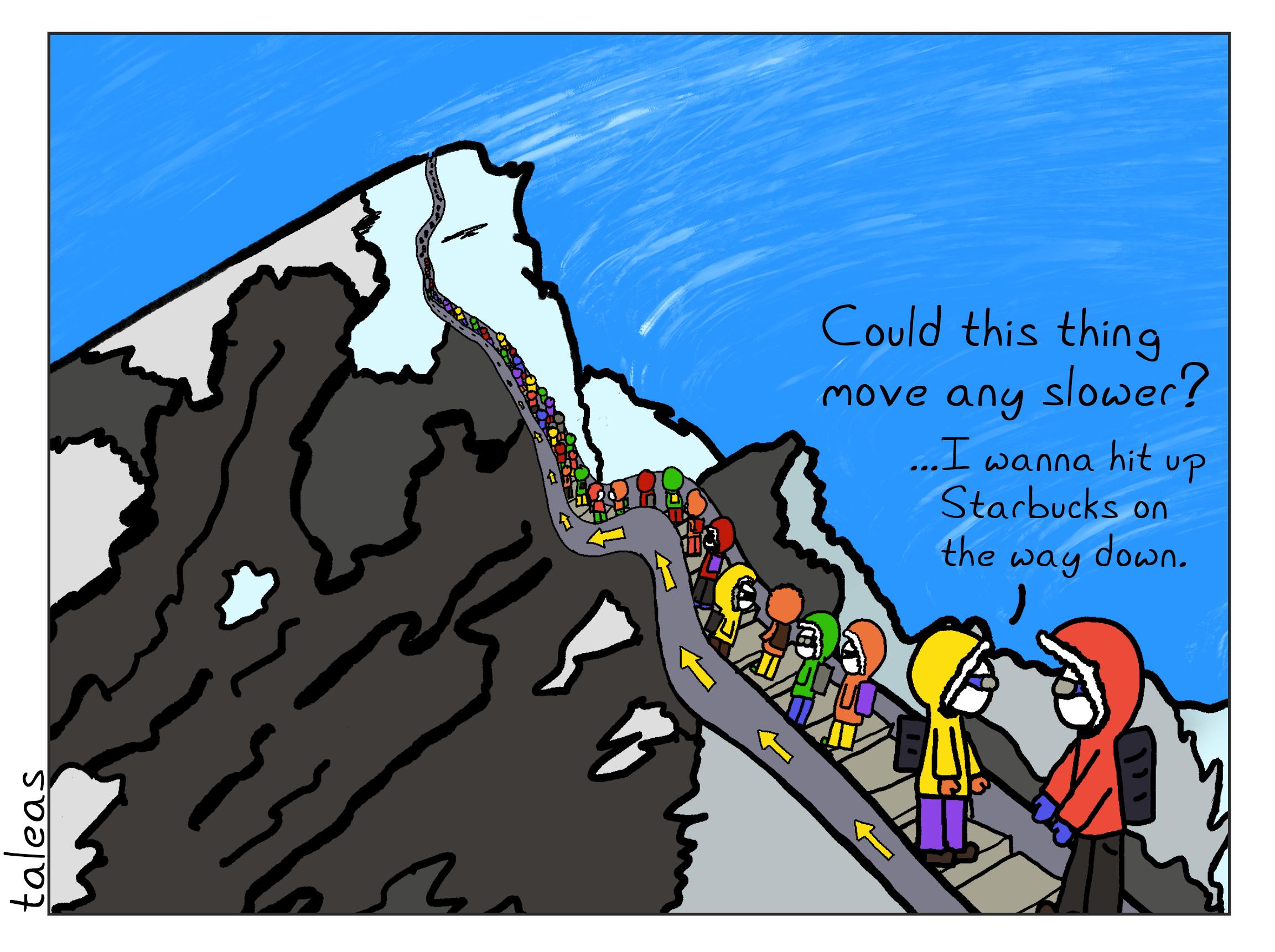 The Story Behind Everest

Sometimes, it feels like YouTube knows me even better than I know myself. A quick glance at the homepage reveals a lot about my diverse and eccentric interests, "Top 5 Haunted Places in China You Should Never Visit", "Why does light bend when it enters glass?", "The Greatest Loy Flybys & Airshow Moments", "Dark Things That Scared Astronauts in Space", and curiously "Mountain of Ice - NOVA PBS Documentary".

When I was a child fewer than 180 people had successfully conquered Everest and survived to tell the tale. I distinctly remember reading stories of the British adventurers from the 1920's and 1930's whose bodies were never found (Andrew Irvine's is still missing almost a century later). I also remember the horrible snowstorm of 1996 that left over a dozen dead and many permanently disfigured from frostbite. Even more recently an earthquake and subsequent avalanche killed over twenty people. Today, it is not uncommon to see over five-hundred people making attempts at Everest every season, with many more people on the mountain there to support these climbers.

Advances in science, medicine, and technology have taken the mysterious, and purportedly haunted, mountain peaks of the world and made them accessible to the masses. A part of the planet once known to only the Yeti and local Sherpas has now been conquered by thousands. And, as Nirmal Purja's famous Everest ascent photograph shows, even the most remote places on earth can be plagued by traffic jams.

A scene reminiscent of Nirmal Purja's Traffic Jam on Mt. Everest photograph shows a line of climbers in full climbing gear standing on an escalator riding their way to the top of Mt. Everest. One rider laments, "Could this thing move any slower? ...I wanna hit up Starbucks on the way down."