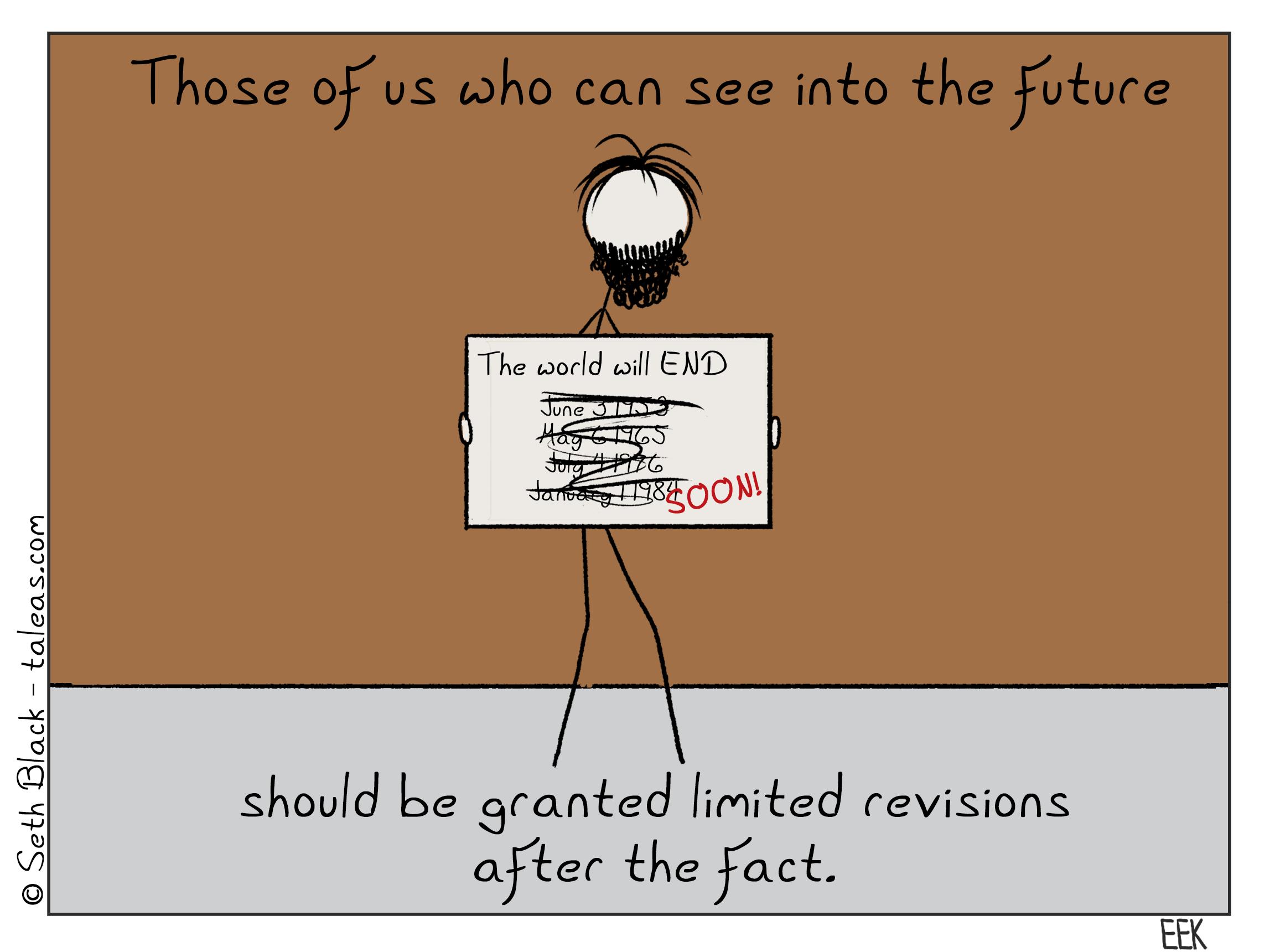 The Story Behind End of the World

Remember back in 2012 when legions of people knew without a shadow of a doubt that the world was about to end because the Mayans said so? Remember when Harold Camping (who had predicted the apocalypse 11 times before) stated the end times were coming in 2011? Remember when his proposed date came and went and he pushed it back to 2012 instead?

You may not vividly recall those events because random, unfounded predictions of the apocalypse are a tale as old as time. There are records of folks claiming the end is near all the way back to the year 66 A.D. The forecasts have been numerous and — you guessed it — always wrong. Some of the most fascinating doomsday prognostications have been in the recent past. Author John Gribbin divined the apocalypse in 1982 and even published a book, The Jupiter Effect, with his claims. Leland Jensen told his followers that Halley’s Comet would be pulled into Earth’s orbit on April 29, 1986. Elizabeth Clare Prophet declared nuclear war would start on April 30, 1990. Prophet would later be diagnosed with Alzheimer’s.

We don’t know why people foresee Judgment Day so often. Are they scamming people? Are they trying to draw attention to themselves? Do they truly believe it? Whatever the reason, I have seen my fair share of end-of-world predictions come and go in my life. While some of the prophecies have been fascinating, none have convinced me to buy an underground bunker.

Plain Text Description of End of the World

A stick figure with wild hair and unkept beard holds up a sign with "the world will end" and multiple dates in the past scratched out and the world "soon!" scribbled at the bottom. "Those of us who can see into the future should be granted limited revisions after the fact."

other comics related to end of the world 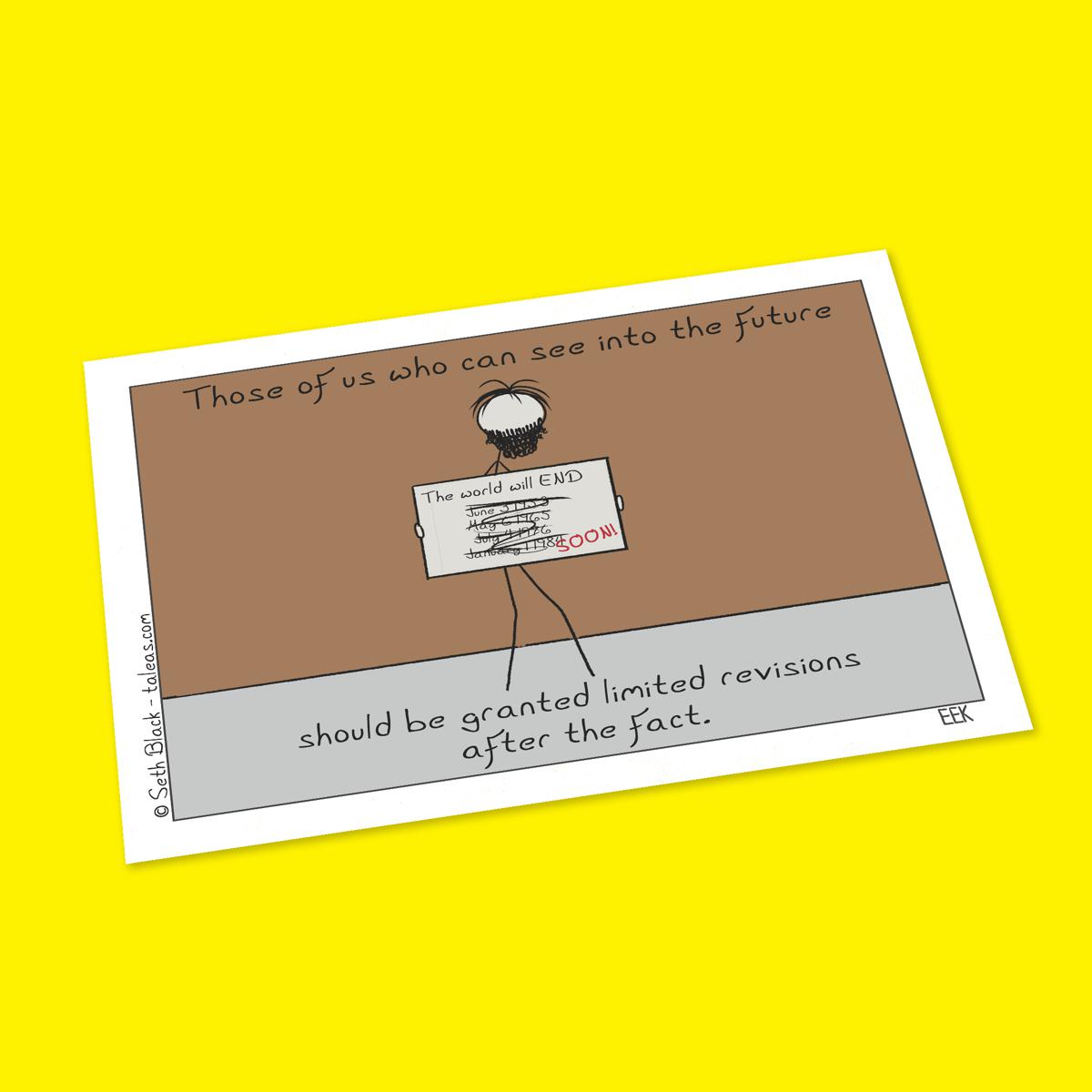