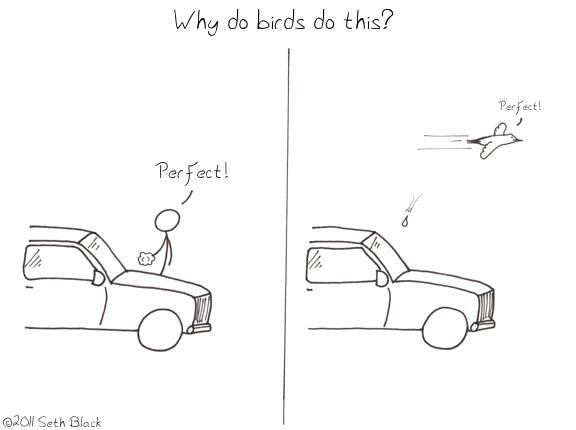 The Story Behind Bird and Clean Car

Other birds have shown the ability to create and use simple tools in order to grab hold of food. They have also created class systems in some of their flocks and have the ability to think ahead and plan. So, yeah, birds definitely have brains. That all leads me to one inescapable conclusion: birds know exactly what they are doing when they mess up your car windshield or, God forbid, mess up your sweater or jacket. If they are as smart as scientists say, there is no way that them pooping on you is just a mistake. No, they know whats up. They know the frustration and inconvenience their actions cause. They know and they are still doing it. Because bids are, quite frankly, jerks. Hey, that sounds a lot like humans too!

"Why do birds do this?" A person has just finished polishing their car to perfection. A bird flies over the car and poops on it. 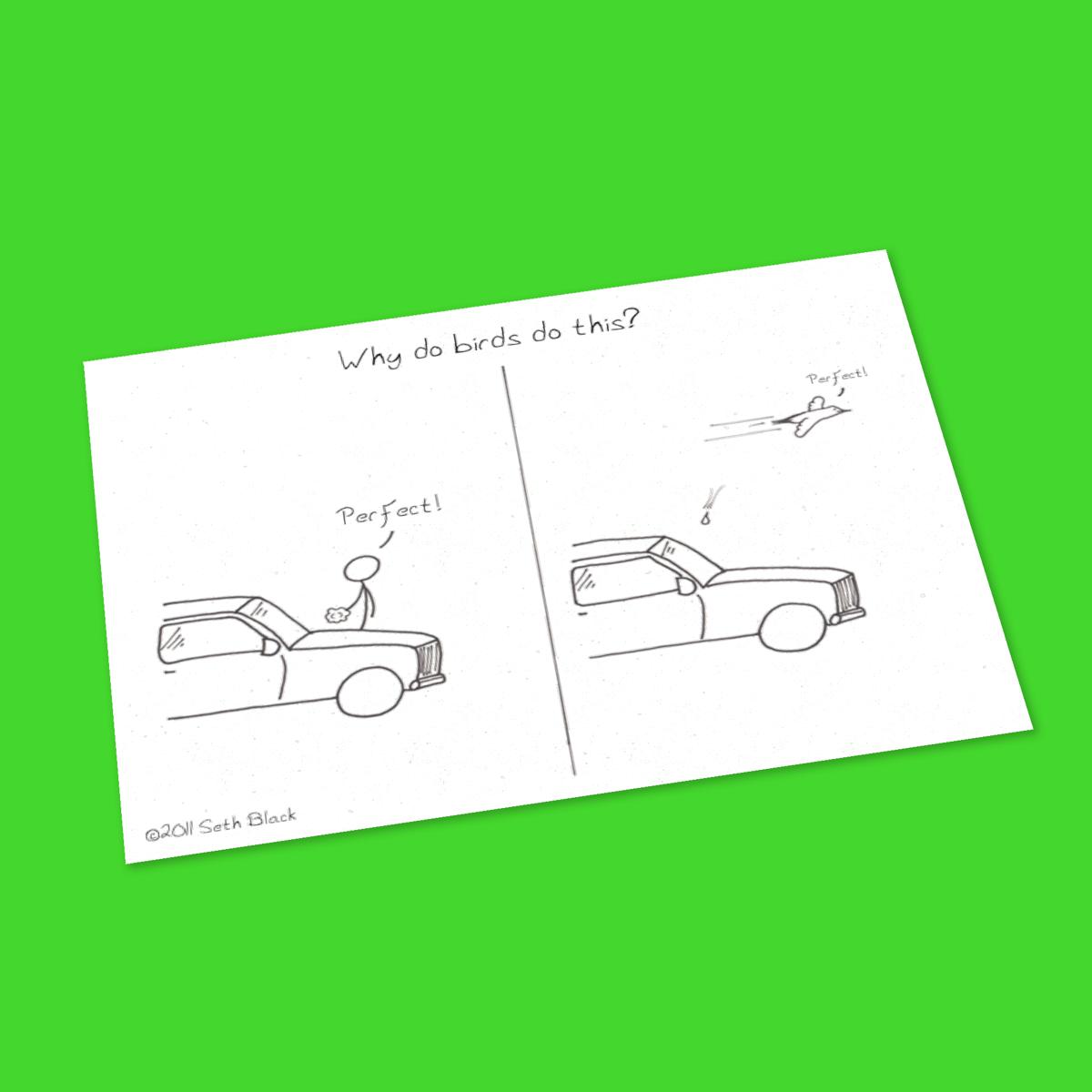